Best of a TRAVELIFE 2014: An afternoon tea party at Morrell's BoutiqueHotel in Johannesburg last May

Uncategorized
It was an early winter day in May and I was in Johannesburg, living a Travelife.

I couldn’t believe my luck, as — very unusually for me — I’d flown to Johannesburg with very few carefully laid out plans, as I’d been so busy with other things up to the absolute last moment of my departure.

I was back in South Africa last May with a wonderful group of Travelife Magazine readers and friends, you see.

But I’d flown three days ahead of them, just to chill out in Johannesburg and get rid of my jet lag before everyone else arrived.

EVERYTHING WORKS OUT IN A TRAVELIFE

Happily and unsurprisingly, as everything eventually works out in a Travelife, every single thing worked out and my three days went like clockwork.

Because I’d not done much advance planning, I was initially worried that I would end up alone for three days, with nothing much else to do but update this blog.

And perhaps worse, especially for finicky me, that I would end up in a hotel I didn’t particularly like.

I’d booked my Joburg hotel on a bit of a whim and lots of inspiration, you see, as I wanted to stay somewhere new and different.

But as I already have written here, everything worked out fine in the end — and how lucky I am, that this is almost always so.

Someone picked me up at the airport, I had a beautiful suite for my three days, and I had enough spa treatments and invitations for tea parties and dinners in Johannesburg to keep me busy for my three solo days here. 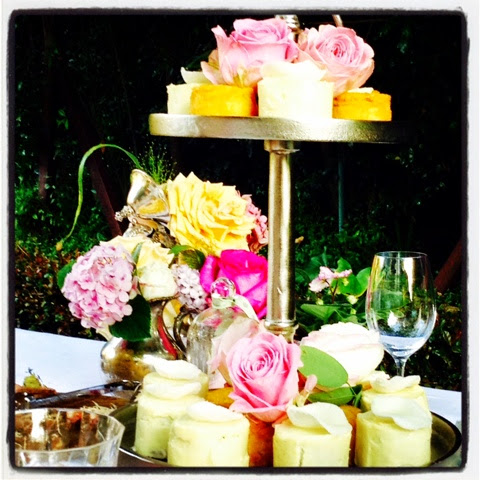 WHAT WONDERFUL WEATHER
FOR WINTER IN JOHANNESBURG

Even the weather worked out so nicely for my stay in Johannesburg. It was winter but it was so warm that I was wearing a cocktail dress for an afternoon garden tea party.

It was supposed to be cold weather and so I’d brought the requisite jackets.

But there I was at 4 PM, sitting in a beautiful garden at Morrells Boutique Hotel in the old-rich neighbourhood of Northcliff, in Johannesburg, in a sleeveless sun dress. 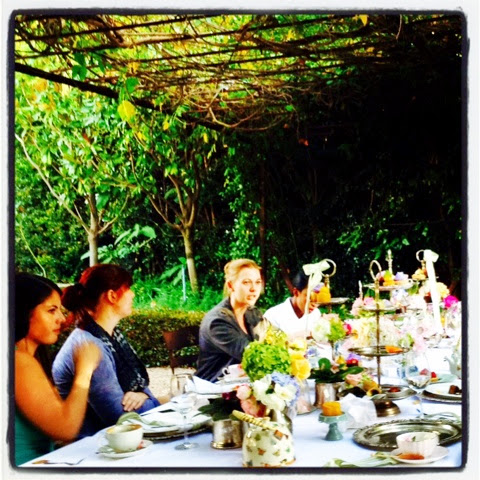 Thank goodness I’d actually even managed to pack a nice summery dress into my luggage, considering it was winter.

I would have been sorely out of place in my usual African safari attire of a white or black shirt, a long khaki jacket, slim pants and long boots.

The rest of my luggage was full of safari stuff as I was heading on to a safari in the Northern Cape and then to a second safari in Pilansberg National Park, after Johannesburg.

A TABLE STRAIGHT OUT OF FANTASY LAND

I was the last to arrive as I came from a morning at the spa, having a most wonderful facial.

As I have already written, 30 of our friends and readers were arriving in Joburg for a trip with me around Northern Cape in two days’ time, and I’d purposely flown into South Africa earlier than everyone to get over jet lag and also to get a little bit of sorely needed “me time.” 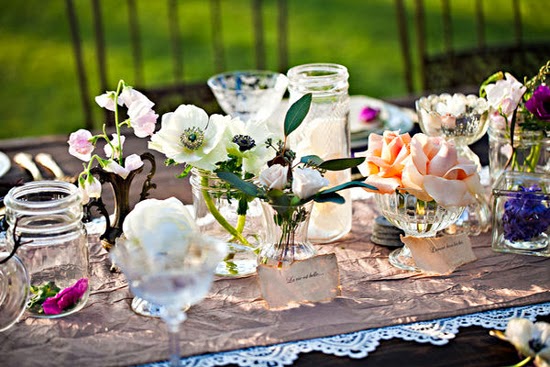 And when I got to the afternoon tea venue, in front of me was a table so beautiful that I just couldn’t believe what I was seeing.

The setting itself in a gracious garden was lovely, but the table was straight out of a wedding magazine. 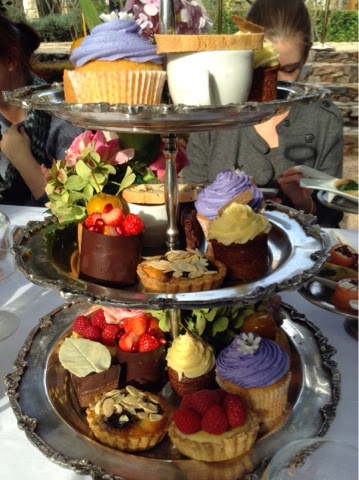 It was full of the most exquisite cakes, the daintiest sandwiches and truly the loveliest flowers.

I’ve been to many fancy and glamorous afternoon teas all over the world, living a Travelife. No kidding. You name it, I’ve done it.

It’s been a truly lucky and wonderful life, as someone on our Facebook Fan page commented just the other day.

And not a single day goes by that I don’t remember how lucky I am to be living the life I want — which is a never-endingly eventful Travelife.

Almost everyday is an amazing and a busy day, full of meeting such nice and interesting people and having happy and memorable experiences.

But I work hard as well. In fact, I work 20 hours a day on average, but it just doesn’t seem like work when you’re on a never-ending Travelife.

And one of these truly happy experiences in my recent Travelife was afternoon tea with the ladies of Johannesburg last May, at Morrells Boutique Hotel. 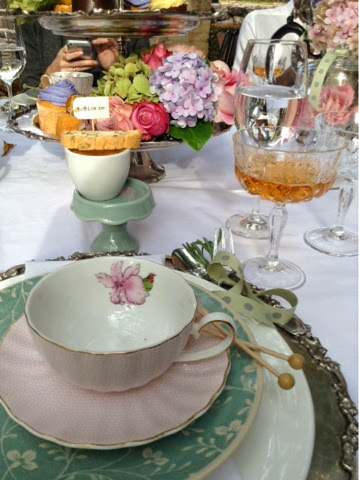 The afternoon was perfect, the ladies were fun, and the endless food was just wonderful.

And never have I seen a table so beautifully done with sweet and savoury treats as that spread on that enjoyable afternoon at Morrells Boutique Hotel in Johannesburg, in May, living a never-ending, and never-endingly eventful Travelife.