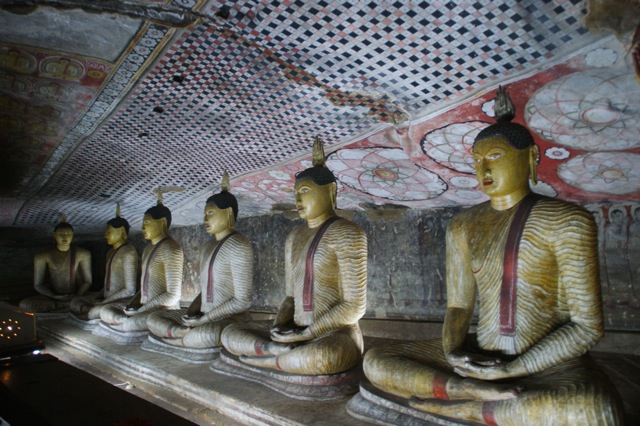 Reflecting at year-end on the wonderful TRAVELIFE that was in 2012, this is part of a series of blog entries that will look at the best aspects of our never-ending, and never-endingly eventful travels. 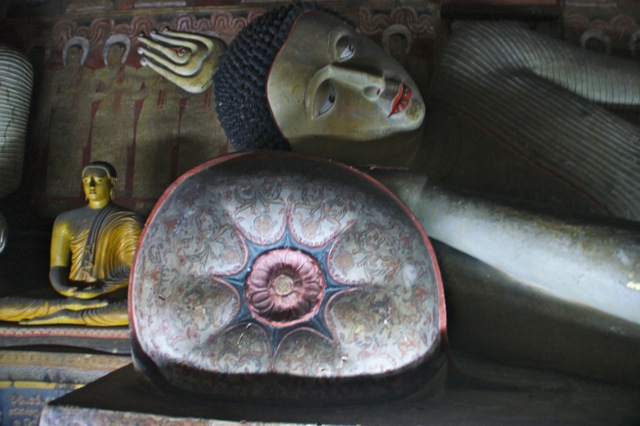 In Sri Lanka last April, living a TRAVELIFE, I had one of my most memorable visits to a UNESCO World Heritage monument this year — the ancient Dambulla Caves in Sri Lanka’s Golden Triangle, which date back as early as the 2nd century. 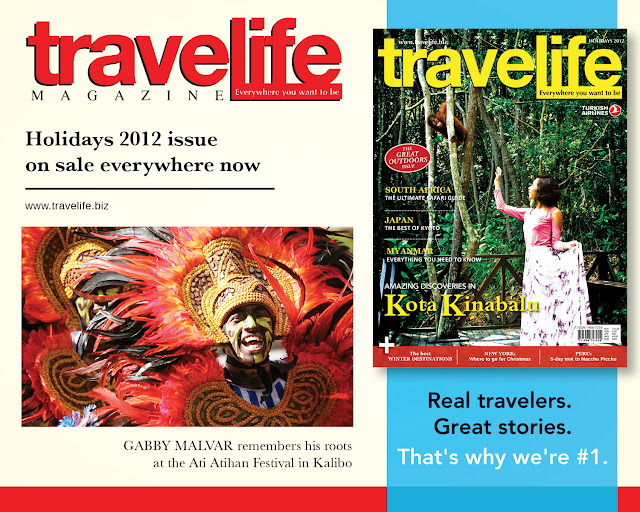 JOIN US IN SRI LANKA NEXT FEBRUARY

These beautiful caves are part of the Travelife Magazine trip to Sri Lanka next February (February 5 to 11, 2013), by the way.

Please join us for a most amazing experience before the rest of the world discovers the intriguing and ancient culture of Sri Lanka. Right now, you can visit one of the island’s UNESCO World Heritage sites and still basically have it all to yourself.

It’s not going to be this way for much longer. 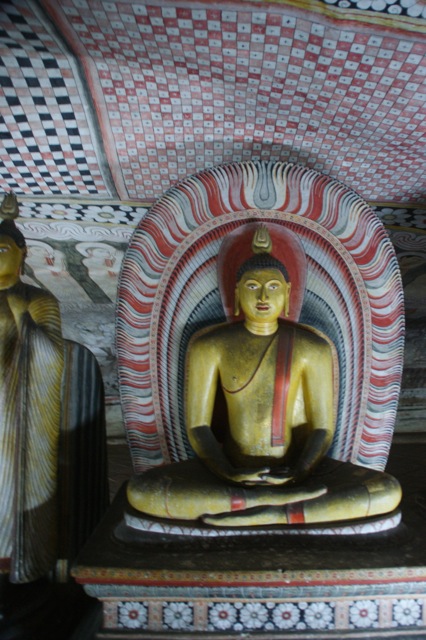 That day, we’d had left Colombo after breakfast and done the four-hour drive to this area. Upon reaching here, though, we decided to have a really long lunch at the Elephant Corridor, which is one of the luxury hotels in the area (it’s a Small Luxury Hotels group member).

As a result, we’d gotten to the Dambulla Caves way past 5 PM. It wasn’t closing yet but light was fading fast and the rains were coming as well. 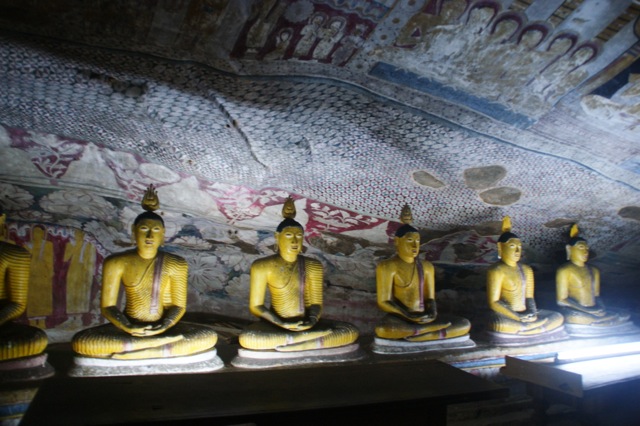 DAY OR NIGHT, IT’S ALL THE SAME INSIDE

“No worries,” said Jude, our guide on this trip, who incidentally also guided me on my previous trip. “Don’t worry about it being too late. As long as the caves are open, we should go. The caves will be dark inside anyway, so it won’t matter whether it’s day or night outside.” 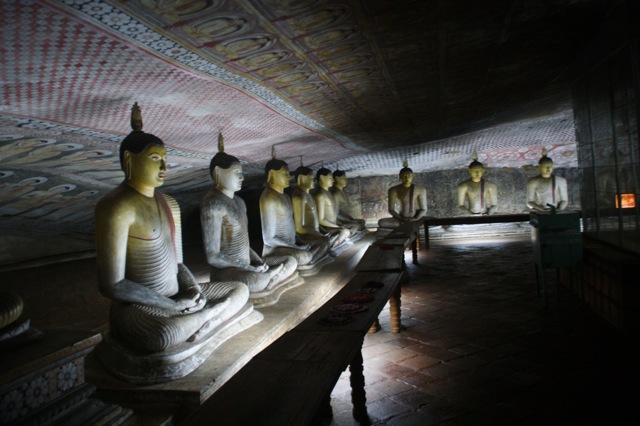 He had a point. The lack of daylight outside was immaterial.

So this is how we found ourselves climbing up the mountain towards Dambulla Caves in semi-darkness. 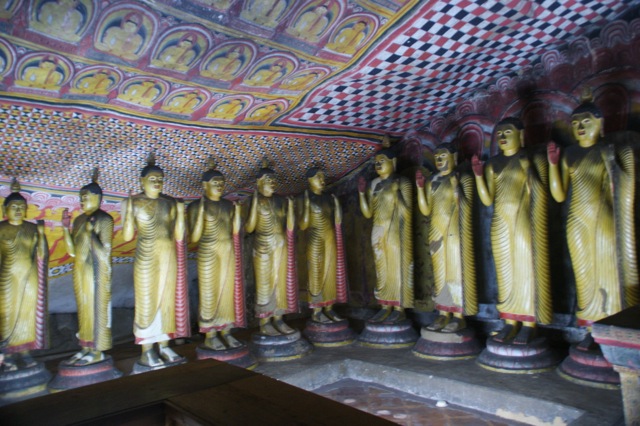 The upside to the darkness and the rains was the fact that we basically had the caves all to ourselves. It was an amazing experience to be so up close and personal to such well-preserved statues and paintings that are almost 2000 years old. I could have spent hours going through the amazing details.

What an amazing experience this was. 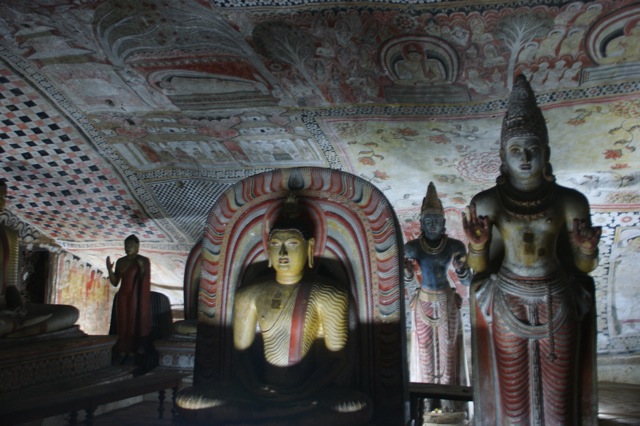 WALKING DOWN IN COMPLETE DARKNESS

However, I was completely unprepared for the return trip, down the mountain in complete darkness and in the rain.

The three of us had mobile phones that we used to shine light on the paths we were treading; but one time, just for fun, we turned everything off and it was really a Blair Witch Project moment there — unidentified things howling all around us, trees swaying, rain coming down and we could not see even ten inches in front of us. 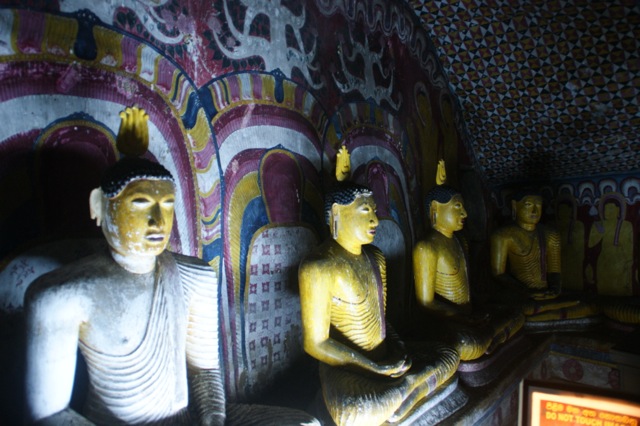 UH-OH. WHAT’S THAT DOG DOING THERE?

Finally I turned the mobile or the flashlight on — I think I was in charge of the sole flashlight we had with us — and this was the only time we noticed, and not with horror, that there was a menacing-looking dog standing right next to one of the guys. That was certainly the last time we turned the lights off completely. 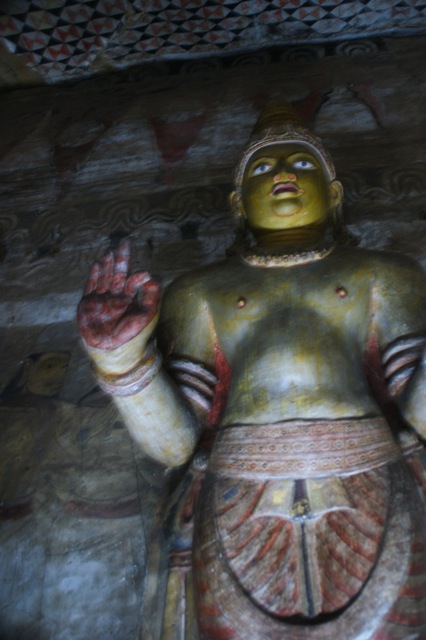 And next time I’m going to Dambulla Caves — that’s going to be in early February, with a couple of readers and friends joining us on a Travelife to Sri Lanka — I’m going to make sure we go in the daytime.

Just another episode in the best of our never-ending, and never-endingly eventful Travelife for 2012. 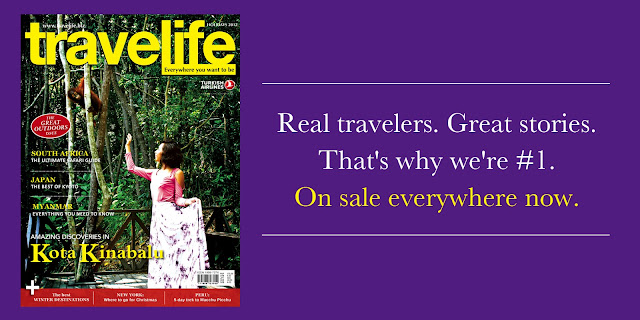