Another African safari and serendipity in a Travelife

Today, there I was in the office and we were already laying out articles for the next issue, TRAVELIFE Magazine’s February-March 2013 edition. We’re just releasing our December 2012 – January 2013 issue on December 15 —  our best issue ever, by the way —  but already we’re jumpstarting things for next year. I don’t believe in slow or in wasting time.

Anyway, on the layout board today was my article on a beautiful hotel I’d recently stayed in, in South Africa. The editorial team was oohing and aahing over my gorgeous photos.

From where I sat across, as I was on my computer, I sighed and said: “I didn’t want to look at those particular photos for the longest time. I knew it would make me want to plan another trip back to Africa as soon as possible.”

I’ve been going through my 2000+ South Africa photos a lot, but I’ve really avoided downloading this particular set in question for this reason. I knew it would seriously disrupt my focus and get me daydreaming about packing my bags and getting on an airplane for a 12-hour ride from Hong Kong to Africa. (South African Airways has direct flights to Johannesburg from Hong Kong and easy connections to everywhere on the African continent from there….)

But as the article was done for layout today, I had no choice but to open my iPhoto and get the deed done today.

The team knew what I meant, because the hotel looked absolutely fantastic and now everyone else wanted to go to Africa too.

I’ve decided to go back to Africa next year, and over the past days I’ve been making up itineraries in my head and researching places to stay whenever I have a free minute. But so far, I’ve done nothing very concrete because I’d been busy till last weekend.

I’ve also been working ahead on things to do and places to stay for an extra week I’m spending in Sri Lanka in early February and one or two other exotic destinations on the books for 2013 that needed more planning than Africa. 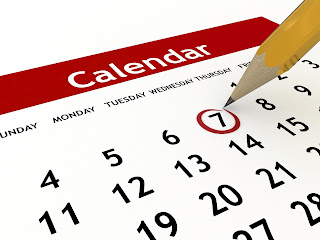 But this afternoon, after this layout discussion, I actually opened my iCalendar and started looking at dates and options. And then just now, what a coincidence, but I was leafing through some magazines I’d put by my bedside to read at some point, but that I’d never gotten around to finishing.

I read through one or two in an attempt to make this never-ending pile of magazines smaller by the year-end — and what do you know?

In an old issue of the FT Travel, there was an inspiring article about the exact same safari lodge I’d been thinking about staying in next time.

What are the odds of that happening?

I started thinking about this particular safari for next year because of its very unique venue and because of the strong non-commercial bent of the owning company, making it truly a one-of-a-kind experience even for people who’ve “been there, done that.”

Of course, it’s one of the most luxurious safari experiences in the world — but it’s also one-of-a-kind, or more appropriately one in a million. There truly is no kind of safari like what this company offers, anywhere else.

And reading all about it in an old issue of the FT Travel just convinced me that I was picking the right one. Call it serendipity in a never-ending, and never-endingly eventful Travelife.

STILL ON SALE UNTIL DECEMBER 15