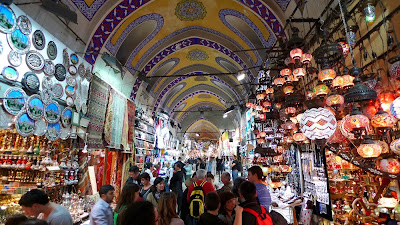 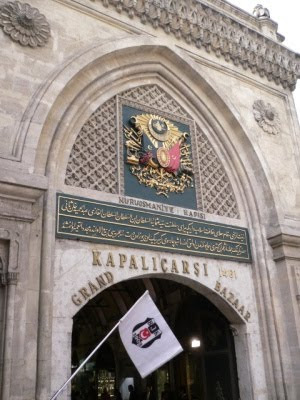 On one of my many trips to Istanbul, living a Travelife, I decided to go to the most touristy place in Istanbul: the Grand Bazaar.

The Grand Bazaar is really full of shops catering to tourists and, apart from a few beautiful accessories and a couple of re-worked carpets (modern carpets made from pieces of old ones), I’d never really bought anything here that didn’t scream “tourist.”

But just before leaving for Turkey, while I was in Tokyo, I’d chanced on a cable tv program about some girl who’d explored Istanbul and seen the Grand Bazaar areas that the locals or the tourists-in-the-know go to.

Famous fashion designers from around the world, for example, apparently have their ultra-secret sources of fabulous vintage fabrics here.

Then they buy hordes of these for inspirations for their own designs.

So I thought I’d try to see this aspect of the Grand Bazaar, if I could find it beyond the thousands of tourist kitsch shops.

The first task, for me, was to get to the Grand Bazaar like a local.

I was staying in the other side of town, at the Ciragan Palace Kempinski, which is right by the water.

Of course I could’ve hopped into a cab and gone over the Galata Bridge, but for me that would have defeated the purpose.

A WALK THROUGH HISTORY 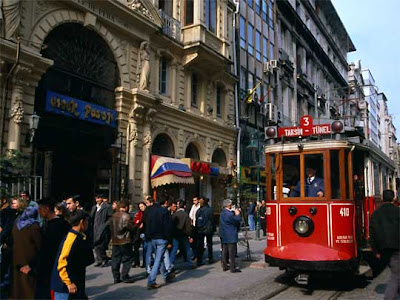 So from my hotel, I took a cab to the metro at Taksim Square, and then walked down Istiklal Caddesi, Istanbul’s most famous pedestrian avenue.

From there, I took a maze of winding side streets with centuries-old shops down to the Bosphorus.

From just where the bridge to the Old Town starts, I took a tram to the neighborhood of the Grand Bazaar. It was certainly the very long route to the bazaar, but it made me feel less touristy.

SEEKING HELP FROM THE LOCALS 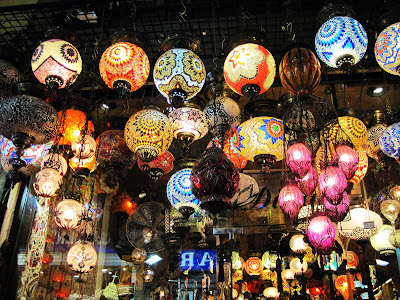 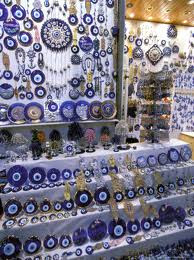 I entered through Gate 5, which I’d never been through before.

Those who know the Grand Bazaar will agree that it’s a labrynth of shops and it’s almost not impossible to get lost once you’ve wandered deep enough inside.

I wanted to get in touch with some people from a family of artisans, who had had a shop in the bazaar for generations.

I’d met them on my last trip over and I decided to look them up again for the purpose of navigating the Grand Bazaar. It would not do to try and look for these secret shops on my own as I’d just get pointed to the usual tourist shops.

LOOKING FOR A NEEDLE IN A HAYSTACK 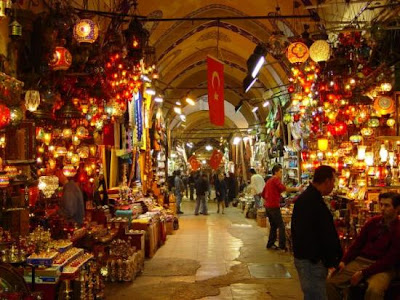 I just had a general idea how to get to their shop inside the bazaar and I’d stupidly forgotten their phone numbers and address.

And unfortunately, after a while, most shops look exactly like each other.

Luckily, however, I eventually found my shop.

The two brothers who ran it together were sitting inside having Turkish coffee. They greeted me like a long-lost friend and offered me the de rigeur apple tea and Turkish coffee.

BAUBLES TOO BEAUTIFUL TO RESIST 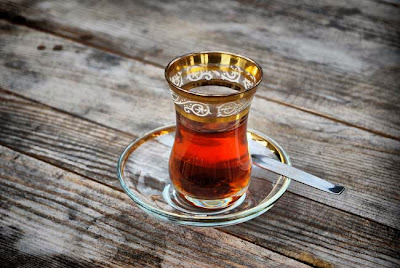 But they had so many newly-crafted necklaces and bracelets since my last visit that I ended up buying about half a dozen accessories before I actually asked them about those secret shops.

The older brother knew exactly what I was talking about. 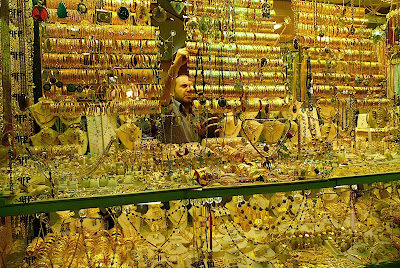 “I work with a lot of international designers, you know,” he told me, with a mixture of secrecy and just a wee bit of self-importance. “Everyone comes to Istanbul for inspiration. I don’t know if this is what you had in mind, but all my designer friends love his shop. Let me take you to him.”
A TREASURE TROVE OF TEXTILES 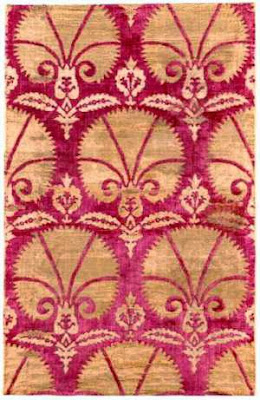 So off we went down another amazing set of avenues filled with men hawking their lamps and carpets, and storekeepers wanting to be my new best friend.

We entered a shop that sold towels and soaps at the forefront, and when I saw the soaps, I thought to myself, “Oh no. He didn’t understand what I meant!”

It turned out I had too little faith in my Istanbul friend.

At the very back of the shop — don’t ask me why the shopowner kept such treasures at the back and sold soap and towels at the front — were simply beautiful textiles and traditional clothes piled up until the ceiling, in all sorts of colors and styles. 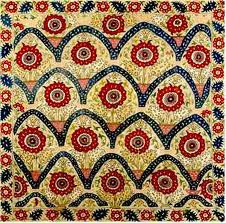 I was then introduced to the shop owner, who told me: “These are heirloom pieces that the women bring as part of their dowry when they marry. Most of these sat in family chests for 80 or 90 years untouched since the wedding day.”
“How do you get stuff like these?” I asked him.
He shrugged. “I travel all over Turkey, to the small villages. I make friends with the local families and they open up their dowry chests for me and show me these things. Of course by now they prefer to get some money for these fabrics, as they’ve never used them.” 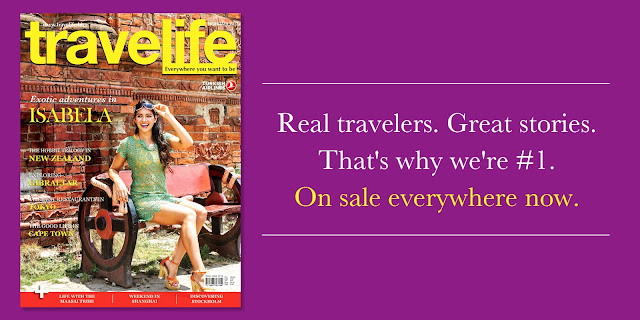 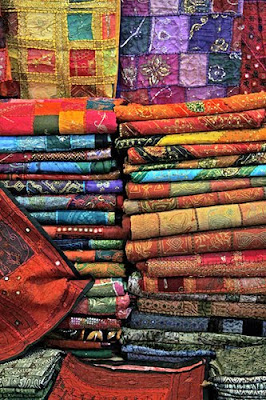 I stayed for the rest of the afternoon, pouring over each and every material.

Lots of it were of course the usual heavy and traditional Turkish designs that have now become designs for popular tourist souvenirs and Turkish costumes. But there were more than several handfuls of truly beautiful material that would have looked just as appropriate on a fashionable street in Paris or Tokyo.

I could easily see how decades-old stuff like these made fashion designers teary-eyed and became the source for their contemporary collections.

Two robes, one from the Antalya region of Turkey and another from an area near the Black Sea, stood out for me; and I was so tempted to take my wallet out again and buy them.

One was a very colorful green and white robe with modern-type prints that could easily be mistaken for Christian Lacroix; and another was a denim-colored robe with small red stitching that I could’ve sworn I’d seen in the Paris shop of Girbaud once.

And yet here they were, at least 80 years old, in the 13th century Grand Bazaar.

What wonderful finds, on a beautiful day in Istanbul, and yet just another day in my never-ending, and never-endingly eventful Travelife.