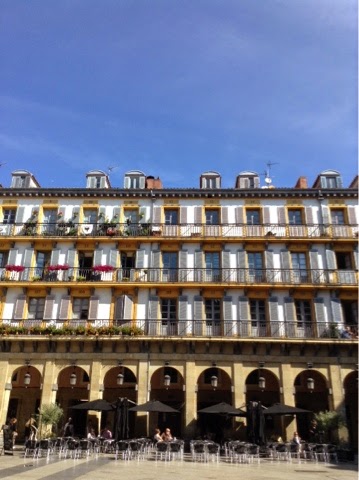 One of the best things we did in San Sebastian, Spain, several weeks ago, living a Travelife, was to hire a private guide to take us around the city on a walking tour.

Iker, a local foodie who I hired via an innovative company called Tours By Locals.com, appeared at our hotel, the lovely Maria Cristina hotel in San Sebastian, at 10 AM. 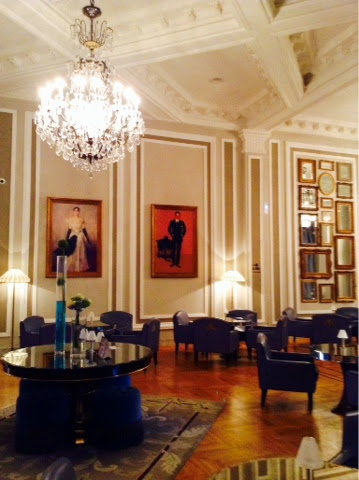 He was waiting in the lobby exactly to the minute, with a big smile and lots of enthusiasm to show us around his beloved city.

We instantly felt like a friend was going to show us around San Sebastian — which was really important, as we didn’t want to have a commercial or cookie cutter kind of tour.

Or the kind of tour guide who makes you feel that he or she does this exact same routine everyday.

GREAT GUIDES
VIA TOURS BY LOCALS.COM

I always hire guides via Tours by Locals because I’m able to tailor-make the tours almost exactly to our specifications.

And almost all the guides on their roster are knowledgeable, kind, and very good at adapting to the needs and wants of their audiences. 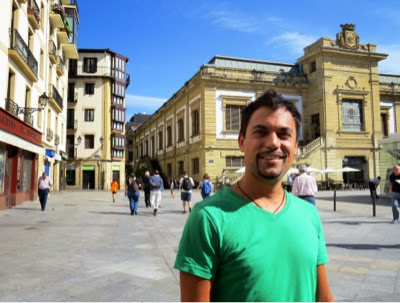 In this case, we were a group of foodies doing a kind of big food and wine trip through Spain and France.

We’d booked all the requisite great restaurants and set appointments with all the famous chefs, of course. We are Travelife, after all, so we didn’t need help in this arena.

THE REALLY LOCAL SIDE
OF SAN SEBASTIAN 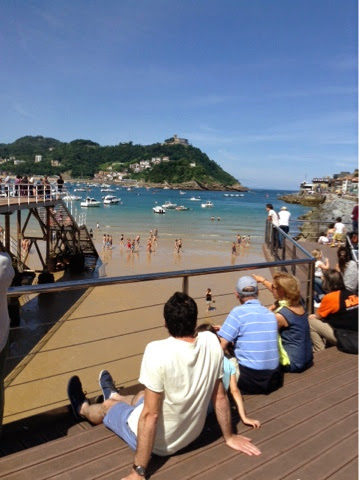 But for one free day in San Sebastian without fine dining on the schedule, what we really wanted to do was a very local kind of tour.

No fancy food, no Michelin stars, no place that speaks English very well. In other words, we wanted to see the locals’ version of San Sebastian.

As luck would have it, Iker was a certified foodie.

A VISIT TO THE OLDEST MENS’ COOKING CLUB
IN SAN SEBASTIAN 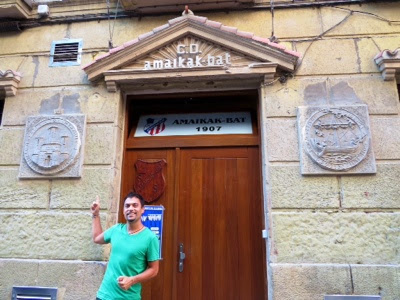 He’s a guide but he loves food and he cooks with a real passion. So one of the places he took us to was his cooking club — and, boy, was this ever so interesting.

San Sebastian has several dozen private cooking clubs of varying status, and most of them are only for men who love cooking, but who don’t have a place to do so. 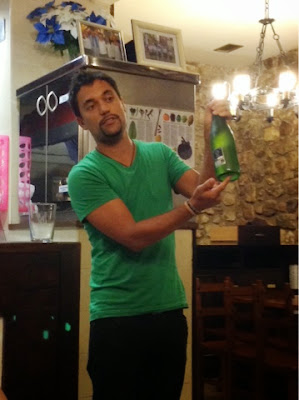 Or for men who love cooking and entertaining on a grand scale, but who don’t have a place big enough to do so. Or for those who don’t want the arduous task of having to wash all the dishes afterwards.

Women can enter these clubs, but only as guests.

THE MOST PRESTIGIOUS MENS’ COOKING CLUB

So Iker took us to one of the oldest mens’ cooking clubs in San Sebastian, a town known for having lots of serious foodies.

It’s a very prestigious one as there were many photos of famous chefs, including of Martin Berestegui, a Michelin three-star chef in San Sebastian, on the walls of the club.

Iker told us he paid something like 15,000 euros to enter the club  — if I remember right, as I was listening after having drunk several glasses of wine on a still empty stomach then.

And then there’s an annual fee of 1500 euros, plus a small charge for each usage.

But you have two great kitchens to use, a big dining space, a full array of condiments, and a cleaner to wash up afterwards.

WHERE THE LOCAL FOODIES GO
FOR TAPAS IN SAN SEBASTIAN 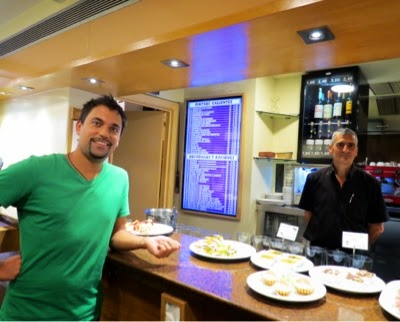 But that day, Iker didn’t cook for us so we only had drinks.

We’d asked him to take us to several of his favourite tapas bars for a very local tapas crawl — which he did.

And I have to say — on this particular visit to San Sebastian, we tried all the famous tapas bars that came so highly recommended by so many people. 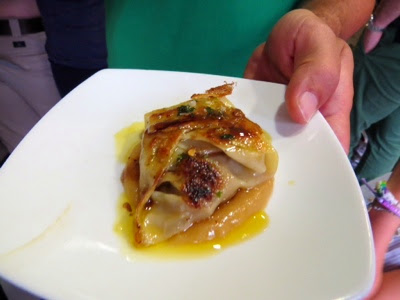 But we unanimously agreed that none of these famous places held up a candle to the tapas bars that Iker took us to.

The food we had at several of his favourite tapas bars was simply amazing, even in a never-ending, and never-endingly eventful Travelife. 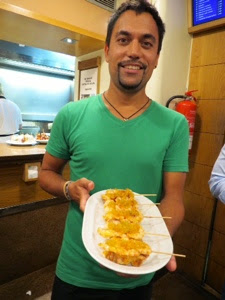