A Travelife short story from the Taj Falaknuma Palace Hotel in Hyderabad, India 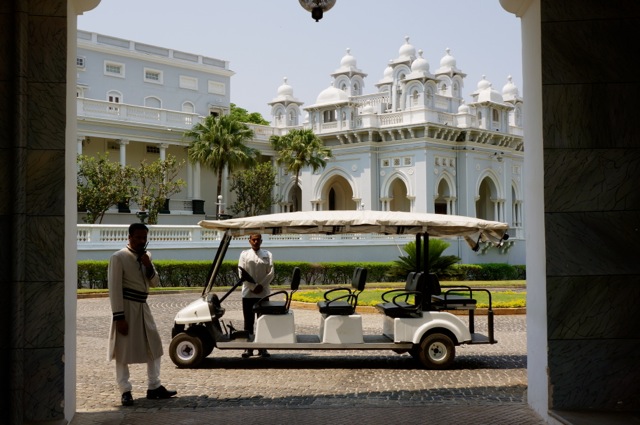 Read about one of the most beautiful palaces in the world,
in the June-July 2013 issue of Travelife Magazine.
On sale everywhere until August 15.

There we were at the Taj Falaknuma Palace, South India’s most beautiful palace hotel, one night, living a never-endingly eventful Travelife.

The palace historian had kindly agreed to take us on a private tour. 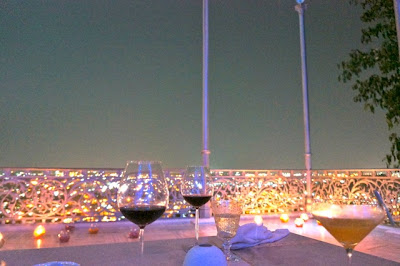 This is how we ended up having the entire historic second floor of the palace to ourselves for an evening, after a mesmerizing Suufi concert in the garden, and just before a pretty amazing dinner.


It was pretty surreal, actually, to be finding ourselves in this exotic part of India, and to be sitting in the garden of one of the most beautiful palaces in the world, listening to hauntingly beautiful music performed by a dozen men in traditional garb.

A PALACE THAT’S A HOTEL, THAT’S A PALACE

I loved everything about this palace that was also now a hotel, and that nevertheless truly felt like a palace.

What a gem it was, and so worth seeing and experiencing.

It had a beautiful parlor done up in varying shades of green, and a most impressive billiards room in mahogany and leather.

BILLIARDS FOR A REALLY LARGE DIAMOND

We imagined what it would be like to be playing a game of billiards with the Nizam of Hyderabad, once the richest man in the world.

Perhaps I would have wagered one of the world’s largest diamonds off him. He apparently had little appreciation for this diamond anyway, since he used it mostly as a paperweight on his desk. 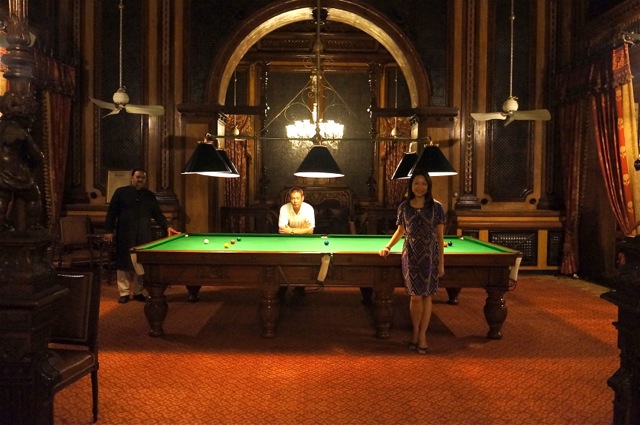 But the best part was the impressive wood-paneled dining room — reportedly the world’s longest, good for a formal dinner for 101 persons.

Everyone who was anyone at one point in history had dined here, enjoying the Nizam’s lavish hospitality, palace historian told us. I stood at one end and my companion stood at the other.

“Say something and let’s see if it’s true,” he shouted from one end, as we’d been told that the accoustics were excellent.

So from the other end, I whispered, with a twinkle in my eye: “Travelife is #1.“

He whispered back: “I heard that. Loud and clear…“ 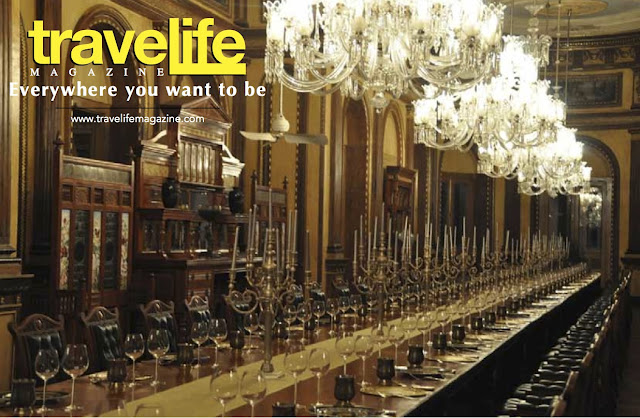