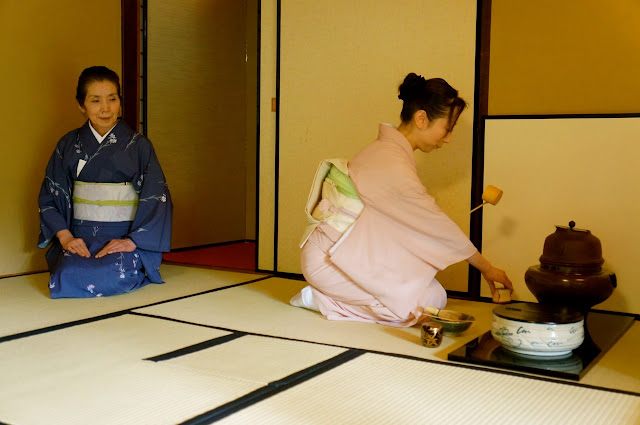 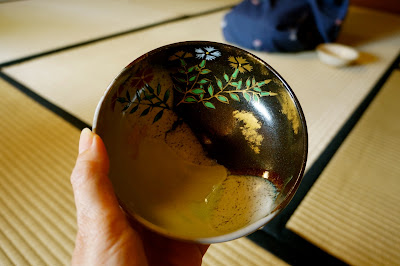 In Tokyo, living a Travelife, I decided to organise a private tea ceremony at the Chinzanso, one of Japan’s most famous luxury hotels.

I did this just to relax and purposely slow down my usually never-ending Travelife.

After all, the tea ceremony is a social event, but it’s really all about achieving inner peace, calm and joy.

EVEN THE WEATHER’S FINE

It’s been a pretty comfortable summer in Tokyo so far — and without the oppressive heat, it’s so easy to appreciate the rituals of a Japanese summer.

Watch and listen to the sounds of summer
at the beautiful Chinzanso in Tokyo.
I took this video while taking a walk in the gardens.
THE BEST TEA CEREMONY OPTION
FOR VISITORS TO TOKYO

So yesterday, as part of the rituals of summer, I arranged for a private tea ceremony at a historical tea house on the beautiful Chinzanso estate. 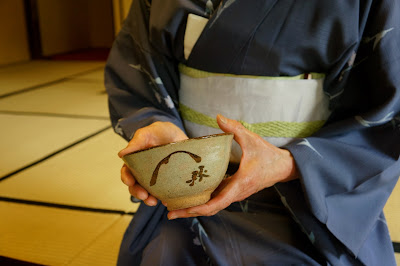 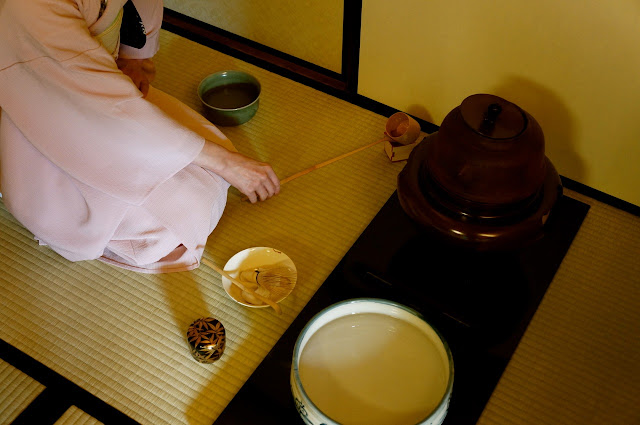 The one I chose for my tea ceremony experience is a listed cultural heritage property that was modeled after the tea house of Sen no Rikyu himself.

Sen no Rikyu is the father of tea in Japan. 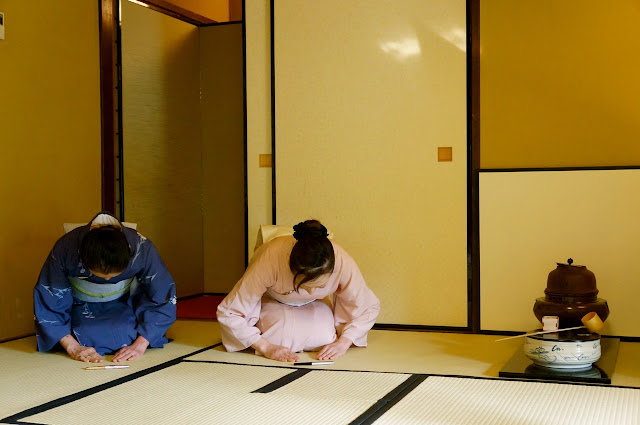 To start things off, I had to go through a routine of cleansing to enter the tea house. So I washed my hands at a fountain right outside the tea house.

After removing my shoes, I kneeled and worked my way into the tea house, where the tea mistress had prepared a lovely scroll and a vase of flowers for the occasion. 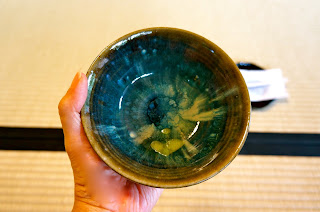 Even the tea bowls used were chosen with thought. 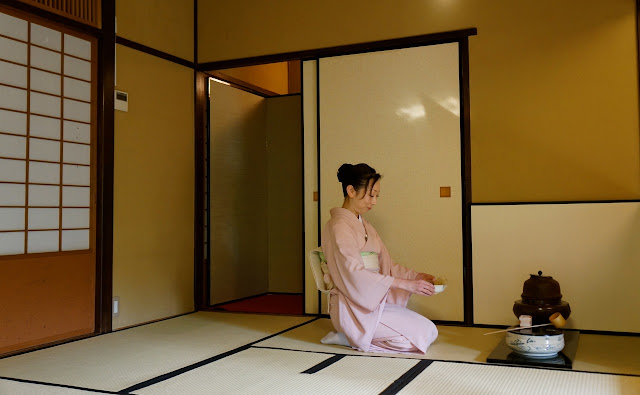 The scroll for the ceremony yesterday said something about a chance meeting of significance, that is never coming again.

I guess what it’s trying to say is that you should appreciate each moment because it’s special, and not live a life of missed opportunities.

Watch how tea is made in a proper Japanese tea ceremony

AN AQUARIUM OF A SWEET

I was given a sweet that was again chosen carefully just for the occasion.

It was a jelly-like sweet that resembled an aquarium, and when I looked closely, there were fishes “swimming” in it.

This sweet was chosen because we were having the tea ceremony in the middle of summer, and looking at fish in water gives people a feeling of coolness.

Both the sweet and the tea were lovely.


The sweet for the tea ceremony was purposely very sweet, supposedly to take away the bitterness of the matcha green tea.

Meanwhile, I try to have matcha whenever possible, as it’s supposed to be loaded with anti-oxidants.

It really was a most wonderful way to spend just another afternoon in my never-ending, and never-endingly eventful Travelife.

Click here to read about
the best unagi breakfast
in Tokyo