A solo holiday in the Drakensberg Mountains of South Africa

Uncategorized
Good evening from a spa in the beautiful Drakensberg Mountains of South Africa, living a never-ending Travelife.
This morning, at 54 on Bath Hotel in Johannesburg, our group of Travelife Magazine readers and friends all woke up early to head for Johannesburg’s OR Tambo International Airport to catch our respective flights.
TIME TO SAY GOODBYE
Most people were headed back to our part of Asia, while a few were journeying onwards to Cape Town.
ALL PRAISES FOR 54 ON BATH 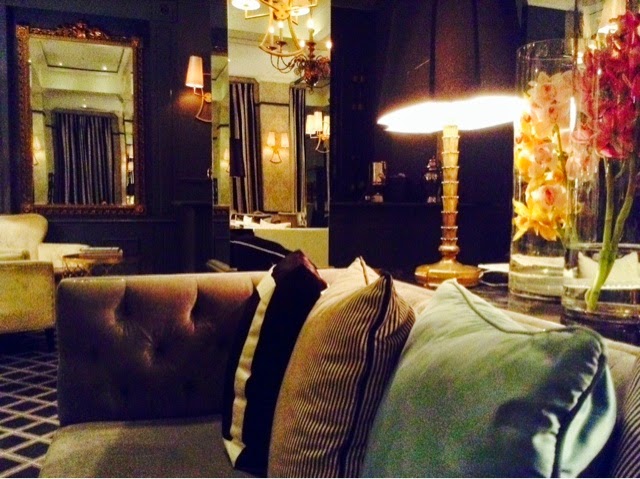 54 on Bath in Johannesburg incidentally scored top points among our friends and readers for its beautiful rooms, attention to details, and excellent food.
Everyone loved this hotel, and I am so glad I chose this for our stay.
Scroll down to read more…

TIME FOR SOME “ME TIME”
As soon as everyone was safely checked in for their flights, I checked myself in for the British Airways/ Commair flight to Durban.
Commair is the code-share partner of Cathay Pacific in South Africa so I always use this airline for my domestic flights in South Africa when possible.
ARTWORK IN THE COMMAIR LOUNGE
This morning the lounge of BA/ Commair in Johannesburg was so prettily decorated with breakfast fare and snacks that I just had to snap a lot of photos. 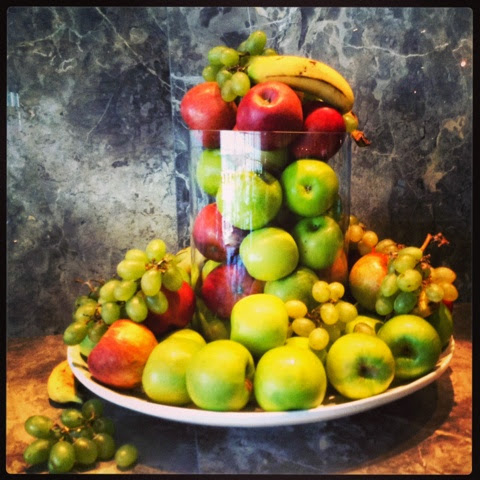 Not very many airline lounges put out food pretty as a picture at 930 AM. 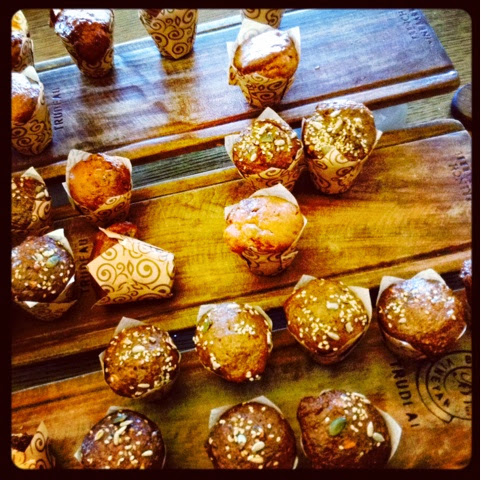 But obviously BA/ Commair knows how to brighten the business traveler’s day with a little aesthetics.
IT’S AN HOUR TO DURBAN
AND THE SNACK TRAY’S GOOD
Meanwhile the flight to Durban is just an hour.
I had the front row of the plane all to myself, so I put on some music on my iPod and read the newspapers, while finishing the snack tray.
In business class, BA gave out a nice tray containing a salad, a savoury spinach tart, some crackers and cheese and a chocolate.
THE BENEFITS OF ROOIBOS TEA 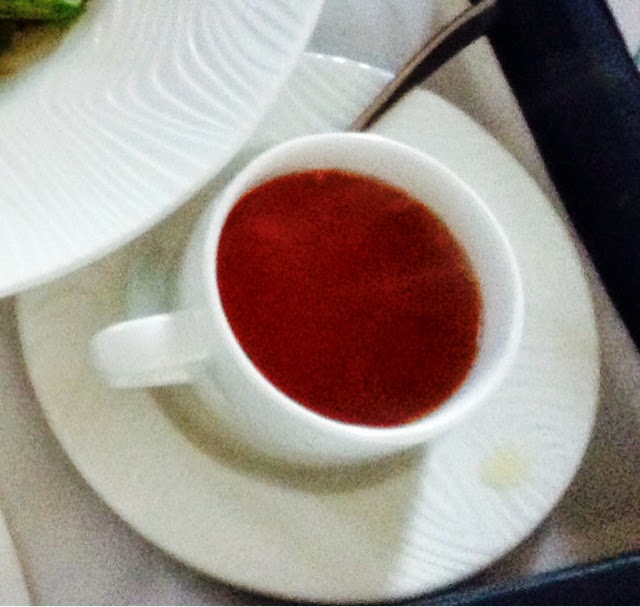 Of course I downed everything with a cup of my favorite rooibos tea, which is just wonderful for detoxing.
In fact, I succeeded in making almost everyone in our group buy loads of rooibos tea to take home.
I’m a great believer in the many benefits of rooibos tea.

Follow @TravelifeMag
THE HOLIDAY STARTS TODAY
And since I was now officially on holiday, I decided to have a half glass of red wine as well, even if it was just past 1030 AM.
They were serving a Simonsig onboard and I just happen to like this. 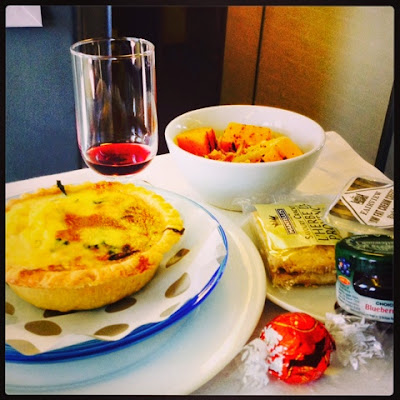 SOLO ONCE A YEAR
Yes, I’m on holiday for a long weekend, and I’m doing this trip alone for once.
I usually do one solo trip a year, and this trip to the Drakensberg Mountains, after over a week with a very large group of readers and friends on a Travelife through South Africa, is my solo trip for 2014.
The rest of my trips for 2014 are being planned out with someone or with some people, so this is my one chance for alone time.
MOROCCO, YOU’RE UP NEXT…
My next trip after this is to Morocco, and I’m really looking forward to that holiday as well. I’ve done the itinerary and hotels, and I’ve booked some of the most amazing places on the planet.
As for this solo holiday, I’m so glad I chose this lovely and ever so relaxing spa hotel in the Drakensberg Mountains for my 2014 solo trip. You’ll read more about it soon in this blog on my never-ending, and never-endingly eventful Travelife. 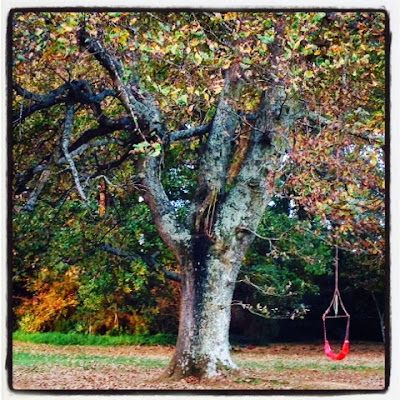