A really small world, and a common friend in Zanzibar 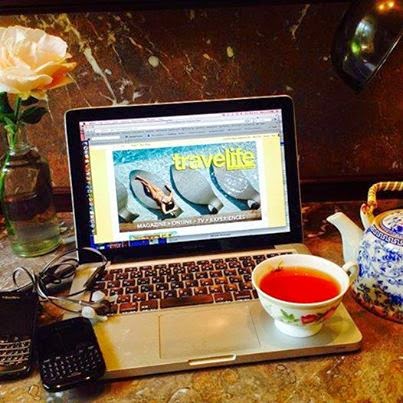 It must really be a small world, or I’m traveling too much, on a never-endingly eventful Travelife. I’ll leave you to decide which one.

But tonight, there I was in my exquisite boutique hotel in Johannesburg — a hotel that’s so under-the-radar that it’s probably on no one else’s radar in Asia at the moment except Travelife Magazine’s — having dinner in the equivalent of a chef’s table.

I’d just had an amazing facial and hot stone massage, and then I’d spent the cocktail hour drinking rooibos tea in an antique-filled sitting room with the terrace doors open, on a perfect evening of cool air and orange skies.

SURPRISE ME FOR DINNER 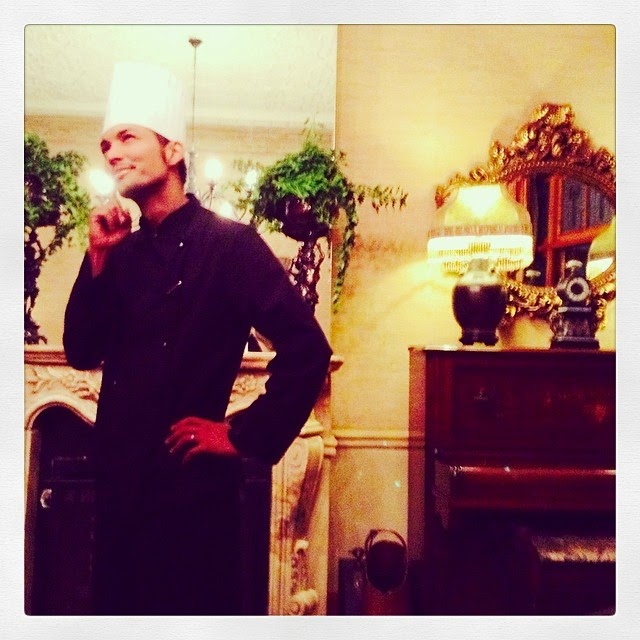 Then the chef came over to ask me what I wanted to eat. I didn’t even look at the menu. Instead I said: “Please make me something healthy, fresh and carb-less.“

So that’s what he did. 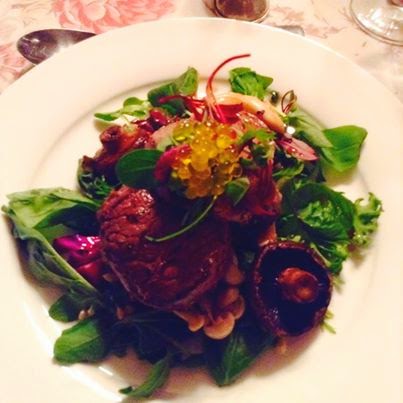 He made me a lovely salad of fresh greens with sauteed mushrooms. And then he grilled some medallions of beef and placed these on top. I didn’t even feel like having beef tonight, but this one was very good that I ate everything.

At least I successfully evaded the carbs, I thought.

NO CARBS FOR DINNER
BUT 2000 CALORIES FOR DESSERT 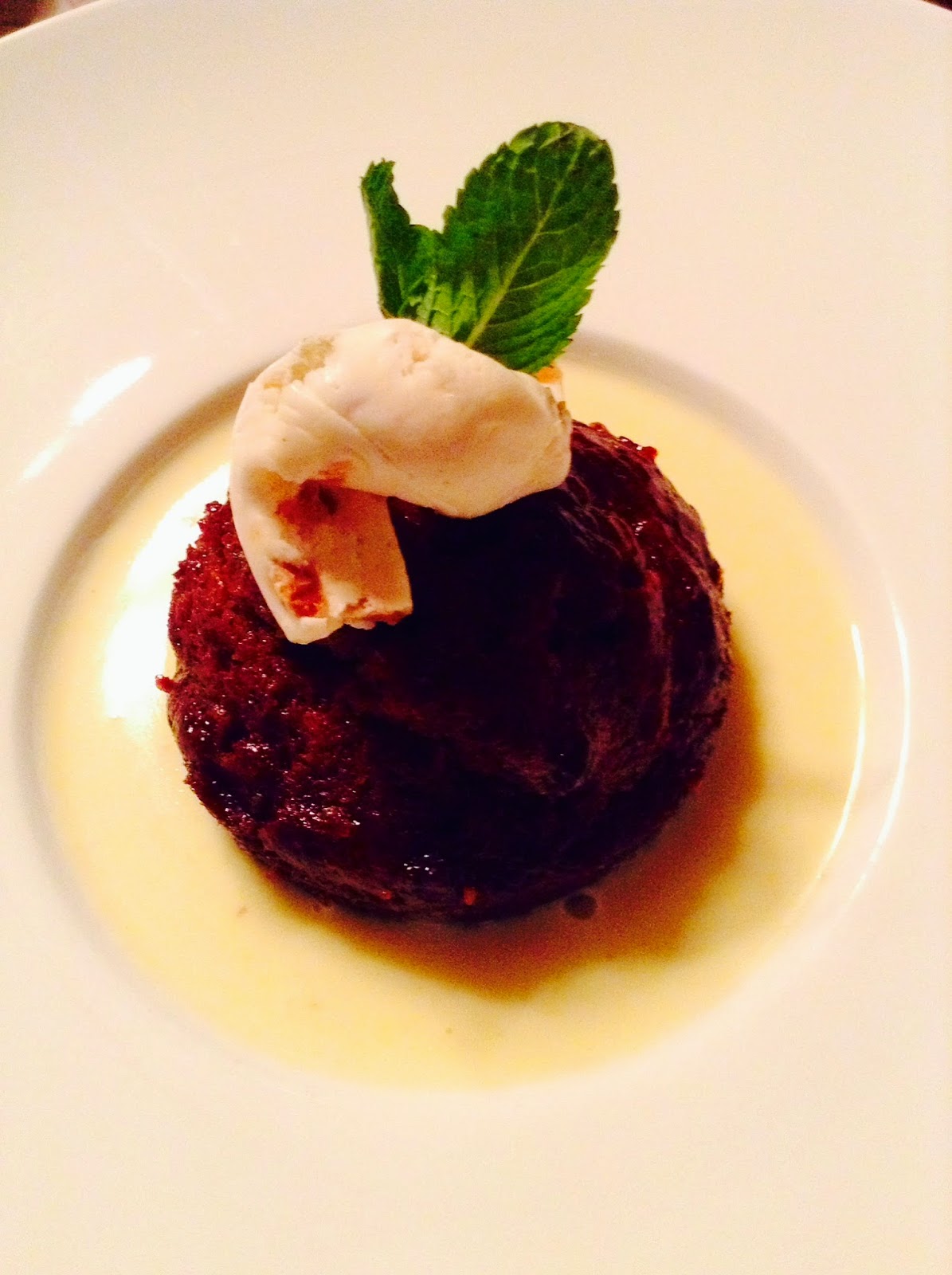 But here’s the clincher for tonight.

NICE TO SEE YOU AGAIN 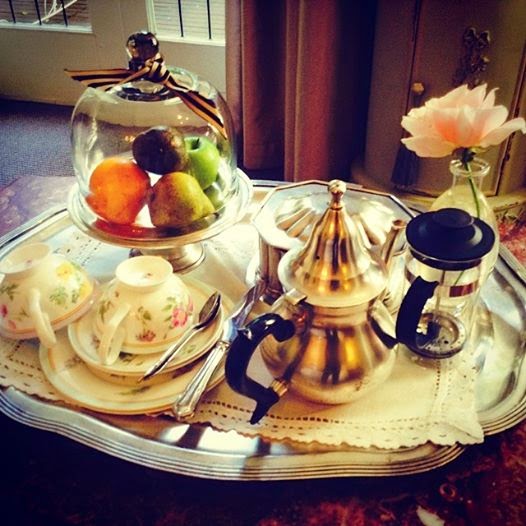 My butler at this hotel approaches me just before dinner, to bring me some tea, and he said: “Weren’t you on the Blue Train before?”

The Blue Train is the luxury train that travels between Pretoria in the north and Capetown in the south.

It’s the most glamorous and elegant way to travel between these two points, and it’s quite an amazing experience I would happily recommend to anyone who wants to see South Africa from a truly unique perspective. 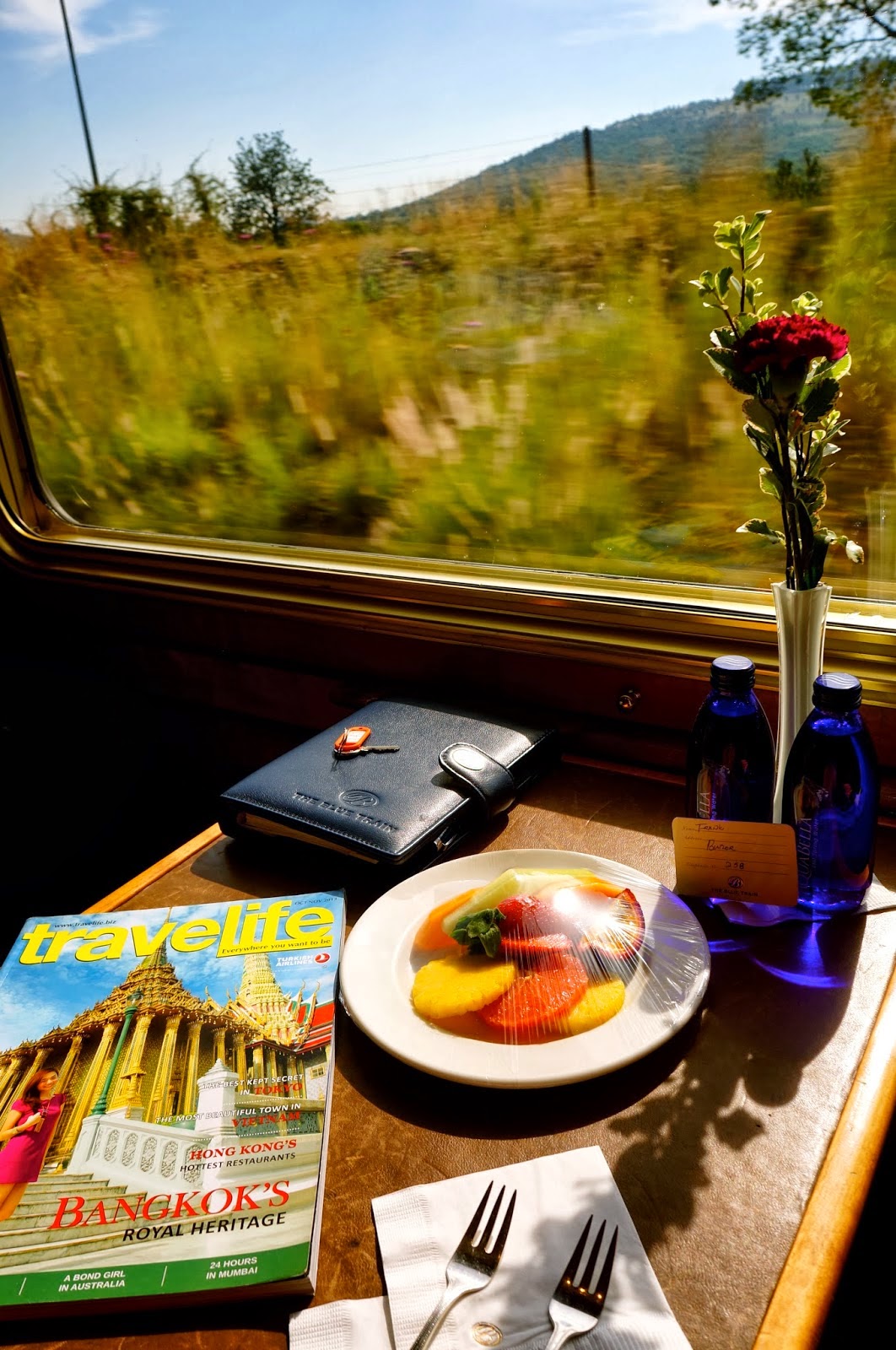 And yes, I was on the Blue Train from Pretoria to Cape Town just a few months ago, living a Travelife.

He slapped his head and said: “I knew it! I was your butler on the Blue Train.“

Oh my goodness. What are the odds of that happening? 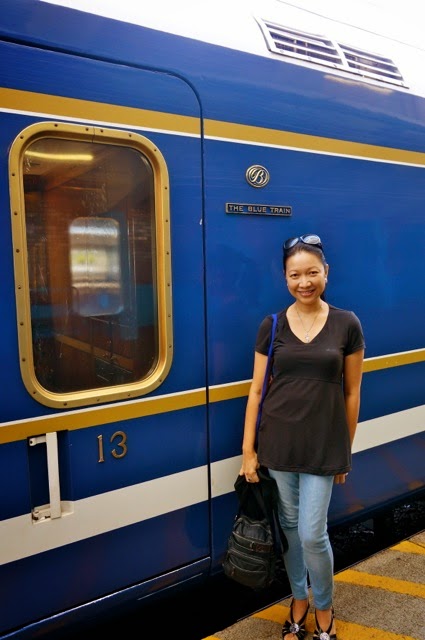 A COMMON FRIEND IN ZANZIBAR

And then I met a very nice Polish-French girl at dinner and we started talking. Both of us have traveled and lived all over the world, and we were both singing praises about the sticky toffee pudding that the chef had made, so it was probably inevitable that we would eventually talk.

It turns out that her family has a set of villas on the island of Zanzibar in Tanzania.

So it was my turn to talk about coincidences. I said: “My friend and I were just in Tanzania last October. We spent three days in Zanzibar.“

She asked: “Where did you stay?”

A NICE STAY AT
THE RESIDENCE AT ZANZIBAR 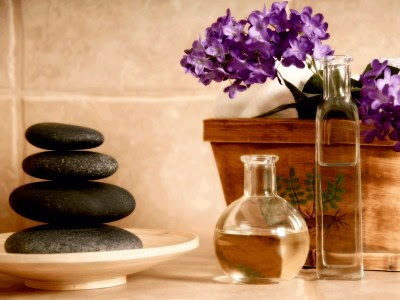 We’d stayed at The Residence at Zanzibar, a member of the Leading Hotels of the World, and widely acknowledged as the best resort on the island. Every room is a villa with its own private pool.

She then said: “Do you know Michel?” 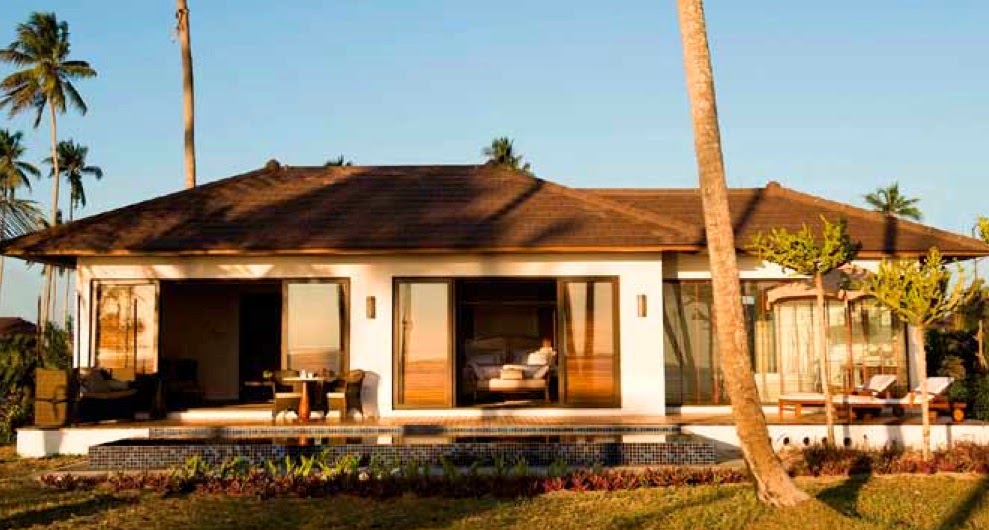 Michel runs The Residence at Zanzibar and we’d met him briefly during our stay as he was in the lobby while we were checking out to head to Dar es Salaam. But this was such a coincidence because I’d actually sent him an email just two days ago.

The girl said: “What a coincidence. I’m seeing him tomorrow!”

Yes, she was flying out of Johannesburg and heading for Dar es Salaam and onwards to Zanzibar tomorrow. Meanwhile, I have a spa treatment and an afternoon tea party to attend here in Johannesburg tomorrow.

A PHOTO FROM ZANZIBAR 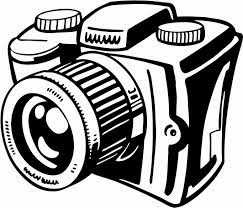 But what was even funnier was the fact that I actually had a photo of Michel with us, taken at The Residence Zanzibar just before we left, on my computer.

In this photo, Michel was standing between the Travel Companion and myself. 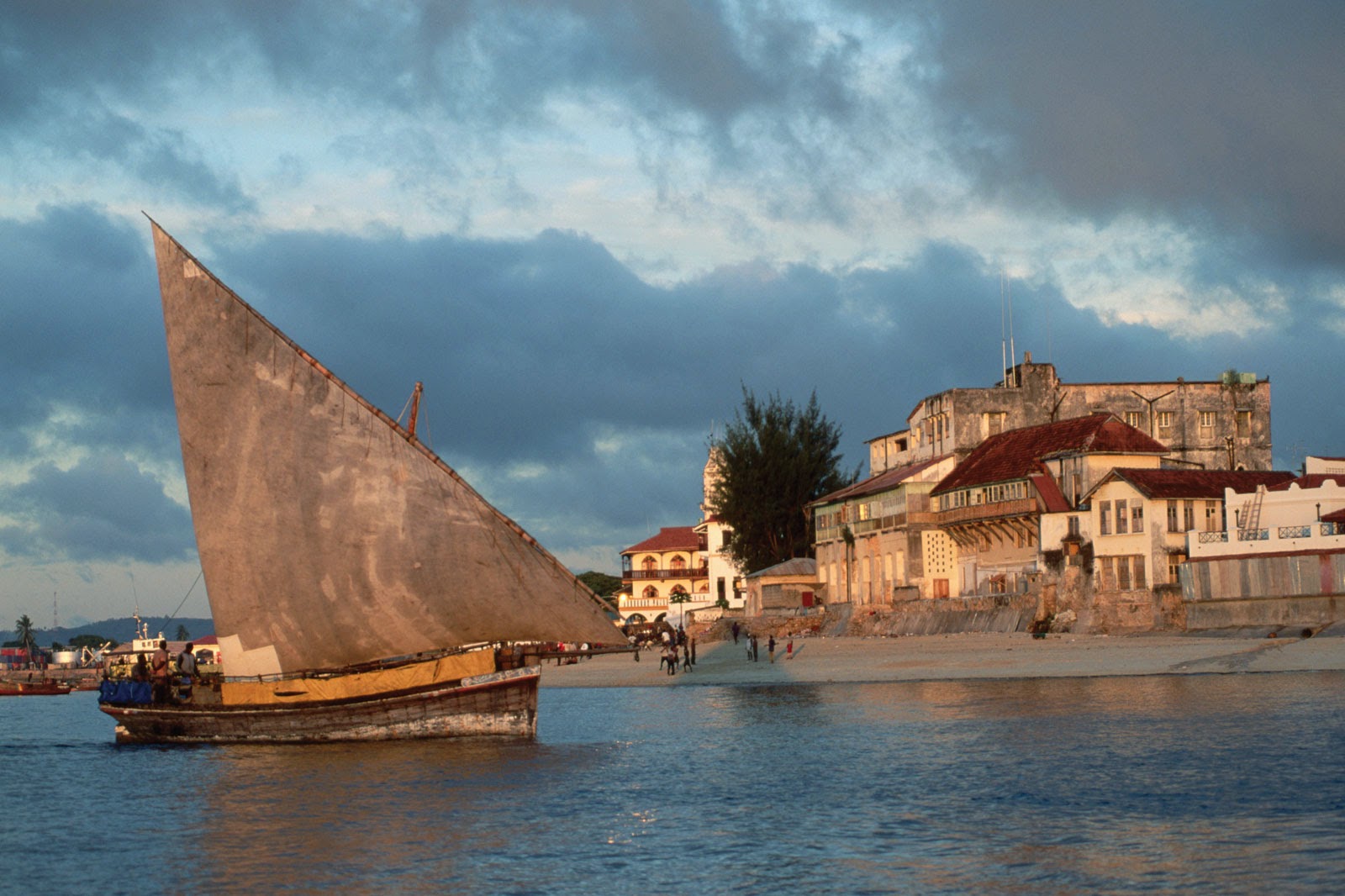 I showed it to her lest she think I was making it all up, as it sounded like such a crazy tale for a Polish girl who’d grown up in France and myself, to be meeting in Johannesburg and having a common French friend in Zanzibar.

No matter which way I look at it, it’s really a never-ending, and never-endingly eventful Travelife. Every single day.