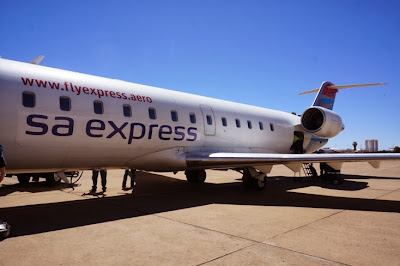 Yesterday, I took the flight of a small airline company called South African Express from Cape Town to Kimberley, which is the capital of the Northern Cape province of South Africa.

I didn’t really know much about this airline, but I asked my assistant to research the best flight for my schedule and route, and this is what she came up with.

She said to me: “It’s a small airline, so it’s probably a small plane.”

SMALL IS SO RELATIVE

I didn’t really care. After eight flights on eight very small airplanes last month in Tanzania, living a Travelife, any other kind of airplane is now a piece of cake.

So I gave her my credit card and she booked me a flight via Expedia.com.

What a pleasant experience this turned out to be — in spite of the fact that I was literally prepared for the worst. I’d eaten a huge breakfast at the Alphen Hotel, which was my lovely hotel in Cape Town. 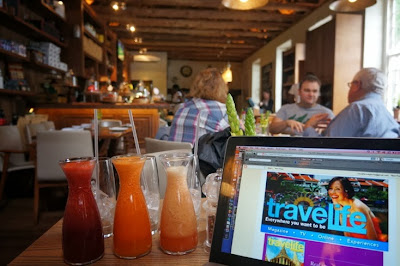 I’d also brought onboard a ton of work to do to take my mind off the flight.

IT’S A SMALL WORLD AFTER ALL

The plane was small, of course.

It was a Canadian-made Bombardier. But the seats were comfortable and the cabin didn’t give you the feeling of being cramped in. 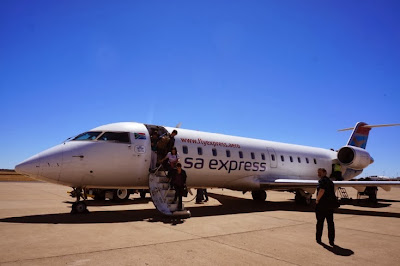 The stewardesses were all very nice and professional as well.

There were two big surprises, though.

First, they actually gave out an incredibly decent boxed meal for this 90-minute flight.

This is probably among the nicest meals I’ve had in a short-haul flight of a smaller airline — along with the meal on the two-hour Dragonair flight from Hong Kong to Danang. 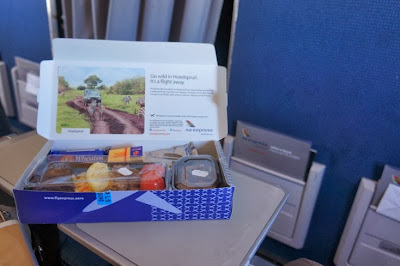 The boxed meal yesterday had couscous and a beef salad, cheese and crackers, and a delicious cake.

To think most major airlines hand out the equivalent of a fastfood sandwich on short haul flights, if you’re in economy class. 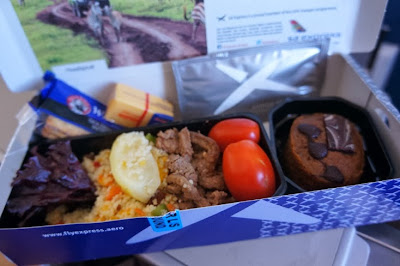 HOW TO OPEN AN EMERGENCY EXIT DOOR

I was seated in the first row, you see, and on this small plane, this was the equivalent of the emergency exit seat.

Of course, it’s a bother to stand up and get a safety lesson.

But I appreciated very much the fact that this airline made sure I really, really knew how to open those emergency doors in case I needed to.

Too many airlines seat people in the emergency exit row without properly briefing them on what they should do in case of an emergency.

So now I can open an emergency door in a flash, even with my eyes closed. You know who to sit next to now, in case you find yourself with me, on a never-ending, and never-endingly eventful Travelife.