A meal to remember at El Celler de Can Roca 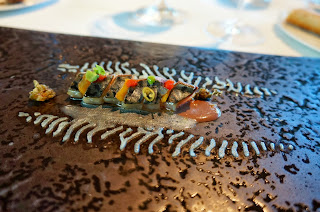 HARDER THAN WINNING THE LOTTERY 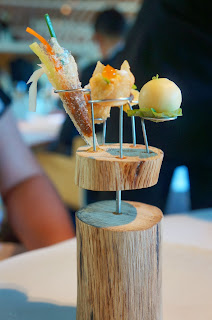 A table at this restaurant is reportedly harder to book compared to winning a lottery, especially after it was chosen as the best restaurant in the world.

There is a waiting list of 12 to 15 months on average, just for a table at El Celler de Can Roca. I thought they were joking, when I first heard this.

But yesterday, while I was at the reception area, I overheard the receptionist on the phone talking to some foodie who was calling from overseas regarding a reservation.

She said they had no tables available until October next year. 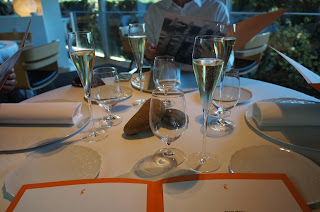 Anyway, with the kind of good luck that always happens in a Travelife, I got a table for four for yesterday.

I had been waiting awhile for this reservation to be confirmed, and I actually got the message from the restaurant on my phone just as I was taking off from Manila to head for Europe.

Talk about a very nice start to a Travelife to beautiful Spain. 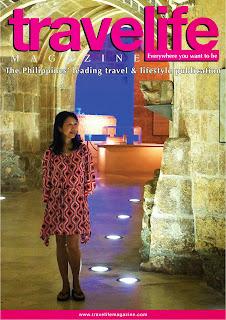 GIRONA, SUDDENLY IN A TRAVELIFE

Of course we had to rearrange all our plans to suddenly fit a trip to Girona into our plans.

But with a combination of  taxis, trains and a van with a driver under pressure, we made it in time. 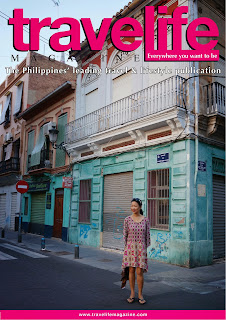 I actually decided to go to El Celler de Can Roca, after reading the article that Jerome Velasco, foodie contributing editor of Travelife, had written. It is in our current issue so please pick up a copy at the bookstore.

This is perhaps the best and most detailed article on the El Celler de Can Roca experience that you will read in Asia.

Jerome wrote so convincingly about El Celler de Can Roca that I just had to see it for myself. 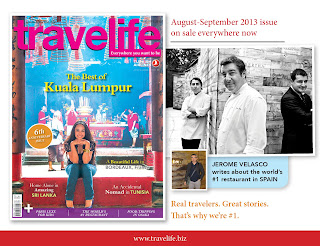 Luckily, I had a copy of our current issue of Travelife in my luggage, when I reached Girona. So I was very happy to personally hand Chef Roca a copy of our magazine, with the excellent article on their restaurant.

He was very happy to get this, and he offered me a private tour of his kitchens, as a result. 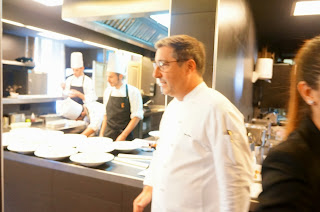 Of course I took photos of the Roca brothers reading the article of Jerome, under his Hungry Traveler column. 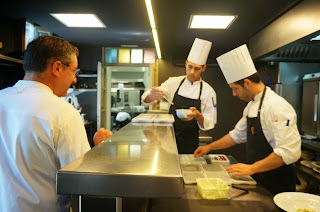 And as soon as I sat down at the table, I lost no time in sending this to him via BBM. I think he was pleased as punch. 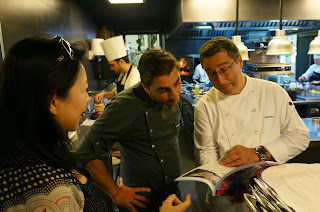 Anyway, until it became too late in Manila, Jerome and I kept up a running conversation via BBM on the El Celler de Can Roca experience while I went through each course. 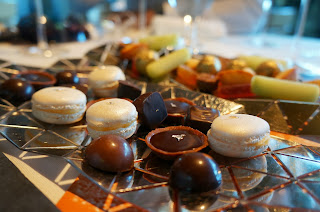 You should go if you can get a table because this truly is an outstanding experience overall. We had the full tasting course which took five hours, and about 80% of the dishes were so creative and delicious.

There were about three or four dishes I did not like, but an 80% ratio of truly impressive dishes is nevertheless an amazing feat.

At the Michelin three star level, almost every dining experience is unique and delicious.

But few have truly been as memorable as our meal at El Celler de Can Roca yesterday, living a neverendingly eventful Travelife. 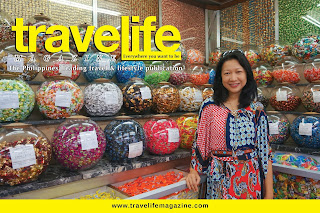