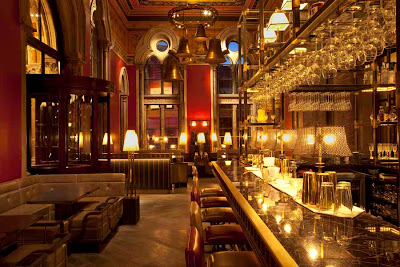 On January 25, 2014, celebrated British Chef Marcus Wareing and Chantelle Nicholson will take their famous London restaurant, The Gilbert Scott brasserie and bar, on an inaugural journey on board the British Pullman train of the Orient Express.

They will be celebrating all things ‘British,’ and the British Pullman will take diners on an evening ride across the English countryside.

The Gilbert Scott, Marcus Wareing’s renowned brasserie and bar at the St Pancras Renaissance Hotel, is famed for its very British menu.

Using locally sourced and seasonal ingredients, The Gilbert Scott takes inspiration from tradition, while delivering fare with a modern twist.

STARTING ON THE RIGHT NOTE

The evening event will begin with a cocktail reception at London’s Victoria station.

The Gilbert Scott’s Bar Manager, Dav Eames, will serve the restaurant’s signature cocktail, ‘The 1873’, before guests board the train for a roundtrip journey through the British countryside and a spectacular evening of all things British. 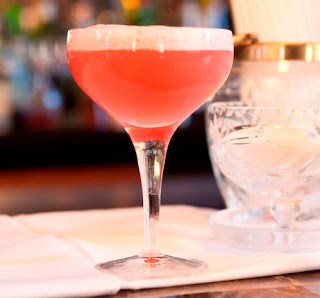 Guests can look forward to a seven course menu of mouth-watering dishes created in the kitchens of one of the world’s most famous trains.

ONBOARD ONE OF THE WORLD’S
MOST FAMOUS TRAINS

Marcus Wareing commented: “I am delighted to be partnering with the British Pullman for this special occasion. British food, produce, and methods are at the heart of what Chantelle and her team at The Gilbert Scott do, and to be able to take it on board one of the most spectacular trains ever to be born out of Great Britain is an honour and extremely exciting.”

Marcus Wareing is one of the brightest stars of British cooking. He’s chef patron of his eponymous Michelin two-starred restaurant in Knightsbridge, which is called Marcus Wareing at The Berkeley hotel. 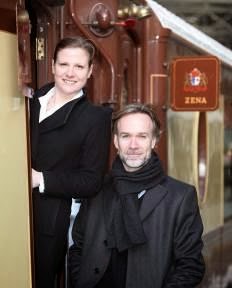 Then, in 2011, Marcus opened The Gilbert Scott, led by his protégé, Chantelle Nicholson in her role as General Manager. A trained lawyer, Chantelle has worked with Marcus Wareing for over nine years.

After embarking on her culinary career under Wareing in 2004 at The Savoy Grill, Marcus was quick to spot her talents and so he moved her to Pétrus where she became both the Senior Sous Chef and operations manager at Marcus Wareing at The Berkeley. 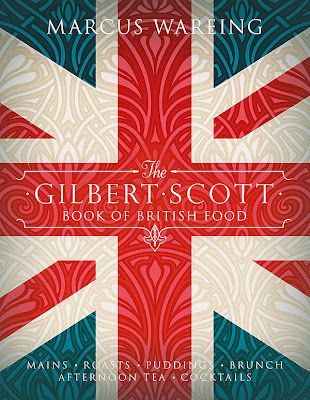 Chantelle is also a key contributor to Marcus Wareing’s cookbooks. She co-wrote ‘Nutmeg and Custard’ and more recently ‘The Gilbert Scott Book of British Food.’

Dining on board the British Pullman is one of London’s most exclusive and luxurious dining experiences. 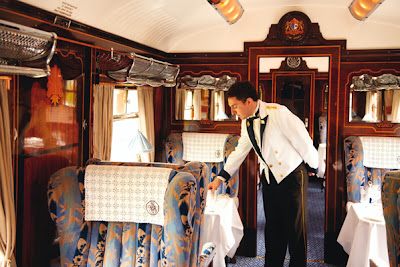 With its original 1920s art deco carriages and exceptional personal service by authentic stewards in fine livery the train evokes the golden age of travel.

This allows guests the opportunity to engage with a period of time when travellers were elegantly dressed and had the time to slow down and enjoy the journey.