A delicious farmer’s lunch in the Kalahari Desert 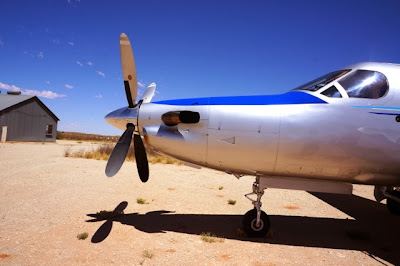 Last week, in South Africa’s Northern Cape, living a Travelife, I took off from the airport of the a town called Uppington and landed right smack in the middle of the Kalahari Desert.

There’s no commercial airport here, so I had to land in a private air strip in the middle of nowhere. We parked our plane here and transferred to a 4×4 made for desert drives.

NOWHERE ELSE TO EAT

It was a four-hour drive to the lodge via sandy roads and about 90 dunes from the airstrip — I wasn’t kidding about being in the middle of nowhere — so we decided to first have lunch at the only restaurant within a 100-kilometer radius.

The only restaurant in the middle of nowhere was a simple and clean structure that promised nothing but cheese sandwiches and chips from the outside.

Or at least that was my impression of it. I was resigned to be hungry, and to putting up with a meager lunch. 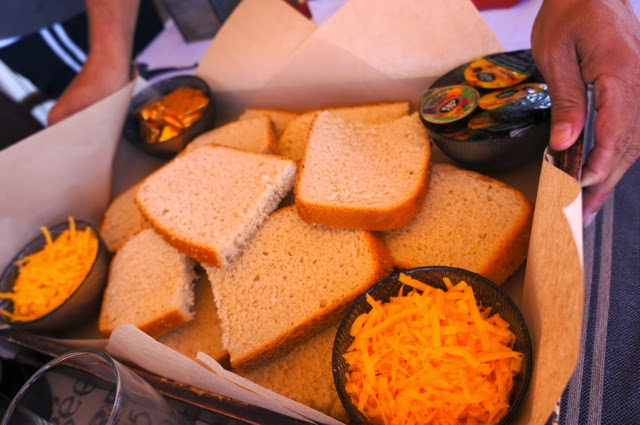 My guide said: “We’re going to have a farmer’s lunch.“

Uh-oh. That did not sound promising to me, for some reason.

What a surprise then, to have had one of the best lunches on this particular South Africa trip, right in the middle of the Kalahari Desert. 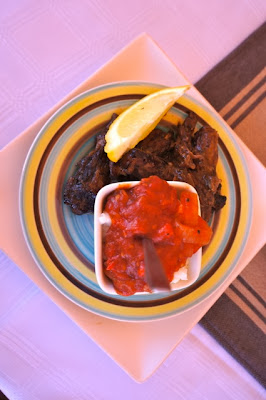 Lunch began with an appetizer of sheep’s tails.

Yes, this is farm country and sheep’s tails are eaten with relish. I was initially squeamish about eating sheep’s tails, but when I finally took a mouthful, this was absolutely delicious.

Then, for the main course, we each got a tiny black pot stuffed with all kinds of meat and vegetables. This is called a potjie (pronounced poi-kee), and it was also wonderful. 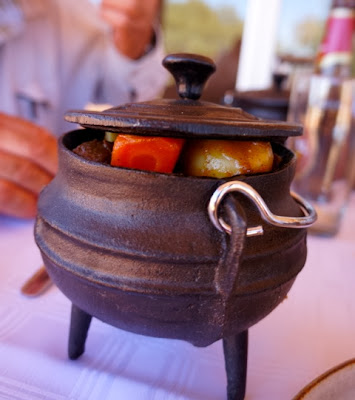 The best part of the meal, however, was dessert.

We had an absolutely scrumptious malva pudding which was moist and flavorful. I could not have enough of it. 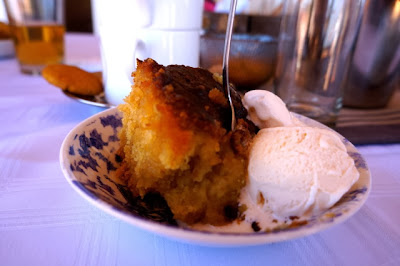 The malva pudding was baked by the daughter of the owner of the restaurant.

When I asked her what was her secret, she said: “It’s all in the apricot jam and the vinegar.“ 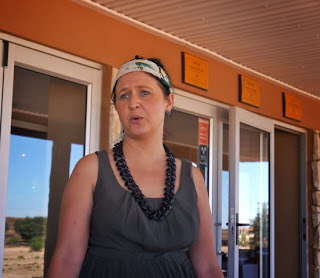 And this was one of the best lunches on just another trip in my never-ending, and never-endingly eventful Travelife.