A delicious lunch at Tudor Hall, the best fine dining restaurant in Athens, at the King George Hotel 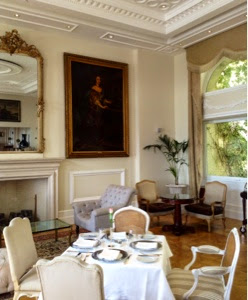 Yesterday, in Athens living a Travelife, we had a very long, lazy and liquid lunch at Tudor Hall, the rooftop restaurant of the King George Hotel.

The King George Hotel is now a member of the Luxury Collection/ Starwood group, just like its sister hotel next door, the Grande Bretagne.

The Grande Bretagne has long been the grande dame of Athens hotels, and this is where we were staying.

We were in good company, too, as other guests at the same time included Lady Gaga and her entire entourage, and an entire phalanx of European royalty and aristocracy.

The European aristocrats and royalty were in Athens for a private celebration of the former royal family of Greece.

I’ve always stayed at the Grande Bretagne when I am in Athens, as I like its Old World feel.  It truly is an institution like no other in Athens, and they offer impeccable service. 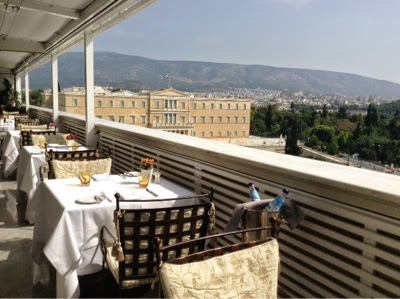 However, I once stayed at the luxurious King George as well about ten years ago, and I still remember how we’d had dinner on this very same rooftop of Tudor Hall, with the amazing acropolis view in the background.

In fact, I still have a photo of that dinner at the King George Hotel ten years ago.

ONE OF MY BEST LUNCHES
IN ATHENS

Yesterday’s meal was equally enjoyable and truly so delicious. 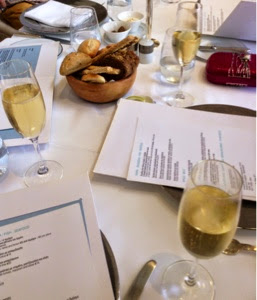 When I walked in, later than my friends as I’d walked the eight floors up instead of taking the elevator, everyone was already having champagne and ordering all kinds of Greek specialties.

I ordered two perfect oysters and a cold carrot and ginger soup to start, and neither of these disappointed at all. 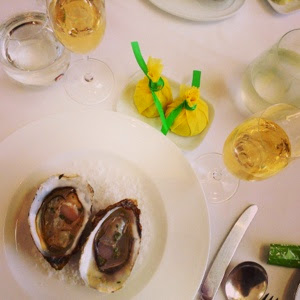 Usually I have my oysters raw, but the menu of Tudor Hall had the option of having them raw or slightly cooked with Greek herbs.

Just for a change, I chose the latter and it was very good. 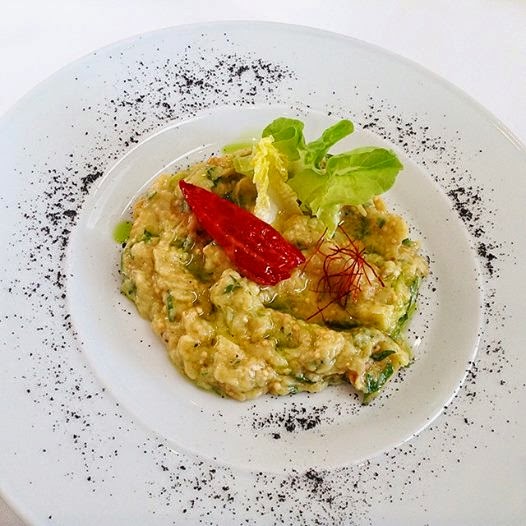 I had the Greek eggplant dip, which was just spectacular.

This was followed by my nth Greek salad.

I’ve lost count of just how many times I’ve had a Greek salad on this trip, but I suspect I’ve had it for 90% of my meals so far, as it’s great detox food. This salad blew my mind away.

Then, as you know, Greek salad always has feta cheese as well. In this case, the chef shredded the feta cheese instead of cutting it into cubes, making for a very different kind of salad.

THE FIVE-STAR VERSION
OF THE GYRO 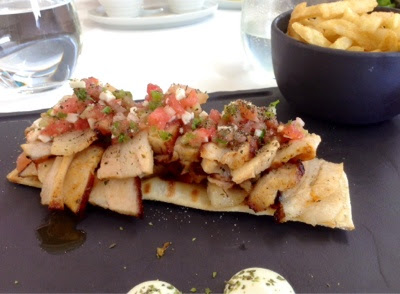 That’s one of the last things on my list before flying out of Athens.

But instead I decided to have a gyro, which is that very delicious pita bread sandwich filled with meat, lettuce, onions and sauce.

The Tudor Hall version has a deconstructed version, created with extremely juicy slices of fatty meat on a crispy pita bread with a Greek salsa and sauce.

This, too, was just amazing. 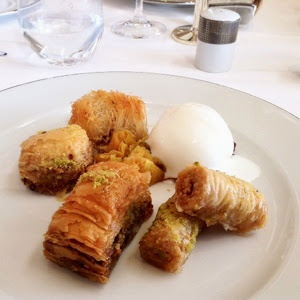 We ended our very long lunch with assorted traditional Greek pastries, including a sinfully good baklava served with a special Greek ice cream made out of tree sap.

That was it. My diet went out the window and I ordered a whole plate of baklava for myself, with an extra serving of that special ice cream.

And then we returned to out hotel next door just in time to literally bump into Lady Gaga checking out and heading for the airport, on just another wonderful day in my never-ending, and never-endingly eventful Travelife.