A day with Juan Mari and Elena Arzak. And about the best restaurant in San Sebastian, Spain.

It was an overcast morning in San Sebastián, Spain last July, when I left the Maria Cristina Hotel and got into a car that world-famous Spanish chef Juan Mari Arzak had so kindly ordered for me.

It was a short drive to the restaurant, so soon I found myself in the restaurant Arzak,  where I was going to spend the day with the legendary culinary team of Juan Mari and his daughter and heir apparent Elena, the world’s top female chef.

Arzak has three Michelin stars
and it is currently #8 in the S. Pellegrino list
of the world’s best restaurants for 2015
DELICIOUS FLIGHTS OF FANCY

I was glad to get out of the cold and to bask in their warmth and infectious liveliness.

In addition, there was the opportunity to explore their 100,000 bottle wine cellar and their world-famous culinary laboratory.

On the third floor of their building, you see, two chefs work full-time experimenting on new dishes to boggle the foodie world. This is their culinary laboratory, and Juan Mari himself gave me the tour.

If you ask knowledgeable locals to name the best restaurant in San Sebastián, a city known for great dining and people passionate about eating, you will get different answers. 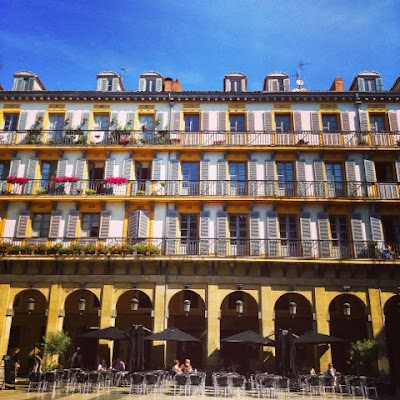 After all, there are Akelarre and Martin de Berestegui, to name the two other Michelin three star restaurants in the same general radius. In fact, we’d had a booking, too at Martin de Berestegui for dinner, which we’d had to cancel as we opted to confirm Arzak and Mugaritz instead.


Mugaritz is a Michelin two star in the outskirts of San Sebastian, with an ambitious young-ish chef. It has two Michelin stars and it is currently the fourth best restaurant in the world, according to the S. Pellegrino list.

Every foodie has his or her favourite.

But no one will deny that among these fine establishments, Arzak stands apart from the rest for the leadership Juan Mari has taken in gastronomic trends, and for its consistent good food and sheer longevity.

Established in 1897 by Juan Mari’s grandparents, Arzak has been a Michelin-starred restaurant for the last 25 years, which is no mean feat in an intensely competitive arena.

None of the pressures are apparent, however, when you meet the Arzaks.

Although I left with little doubt that their very unassuming restaurant on one of San Sebastian’s busier streets is an incredibly well-orchestrated machine. 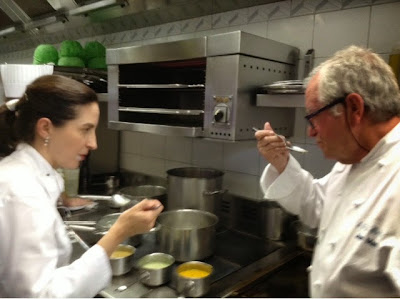 Elena Arzak, the world’s best female chef, was preparing the usual five-hour gastronomic lunch for a full house of diners, many of who had traveled from very far, expecting to be blown over.

And yet at 11 AM she was all smiles, with enough thoughtfulness to inquire after my family and my summer holiday through France and Spain.

SCIENCE IN THE MAKING

Meanwhile, after having a cup of coffee and some sweets in the restaurant with the father-daughter team, Juan Mari very kindly took me around his beloved wine cellar and to the laboratory on the third floor, which is really the nerve center of Arzak’s operations.

Experiments were in progress but the atmosphere was so serene compared to the hustle and bustle of the kitchen below that I was reminded of a seminary.


This is not too far from the truth either, since this lab is the core of a temple of hallowed dining.

What I remember most, however, was Juan Mari’s “idea room” lined with shelves full of neatly-arranged plastic containers containing spices and herbs from different countries.

There must have been hundreds, if not thousands, of these.

“From these spices, I get inspiration for my dishes,” he told me. 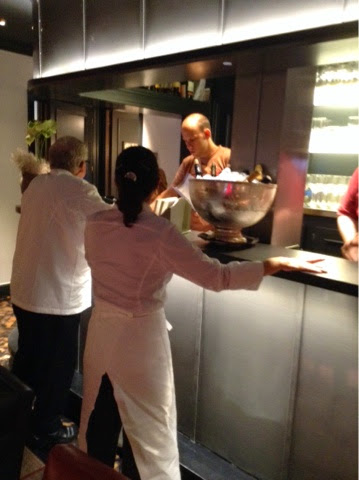 THE WORLD AT YOUR FINGERTIPS

Each container had the name of the ingredient and its provenance; in a quick glance, I espied so many exotic destinations, including some I had never even heard of.

This was literally the culinary equivalent of a #Travelife around the world. 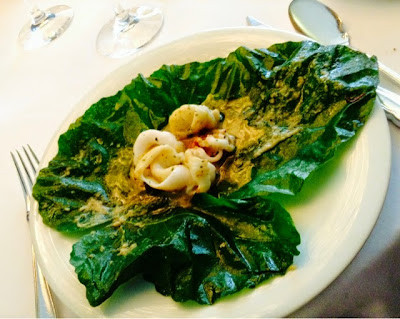 Then, almost reverently, he pulled a container out of one of the upper shelves and opened it to show me a green-colored spice from a Middle Eastern country.

“You will taste this today,” he said. 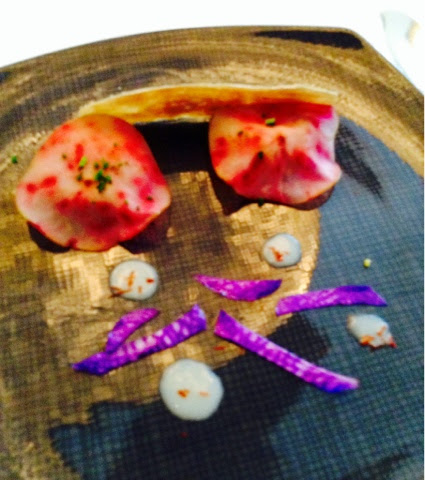 Then I thought no more of this until six hours later, as I had the first of a series of main courses in the middle of a truly delicious meal, and it was Elena who actually reminded me.

“This dish contains the spice my father showed you earlier,” she said with a smile, as her waitstaff set artfully-arranged plates containing ingredients of all shapes and colors, and what I thought were slices of beef, in front of us.

DREAMING OF SOMEWHERE ELSE 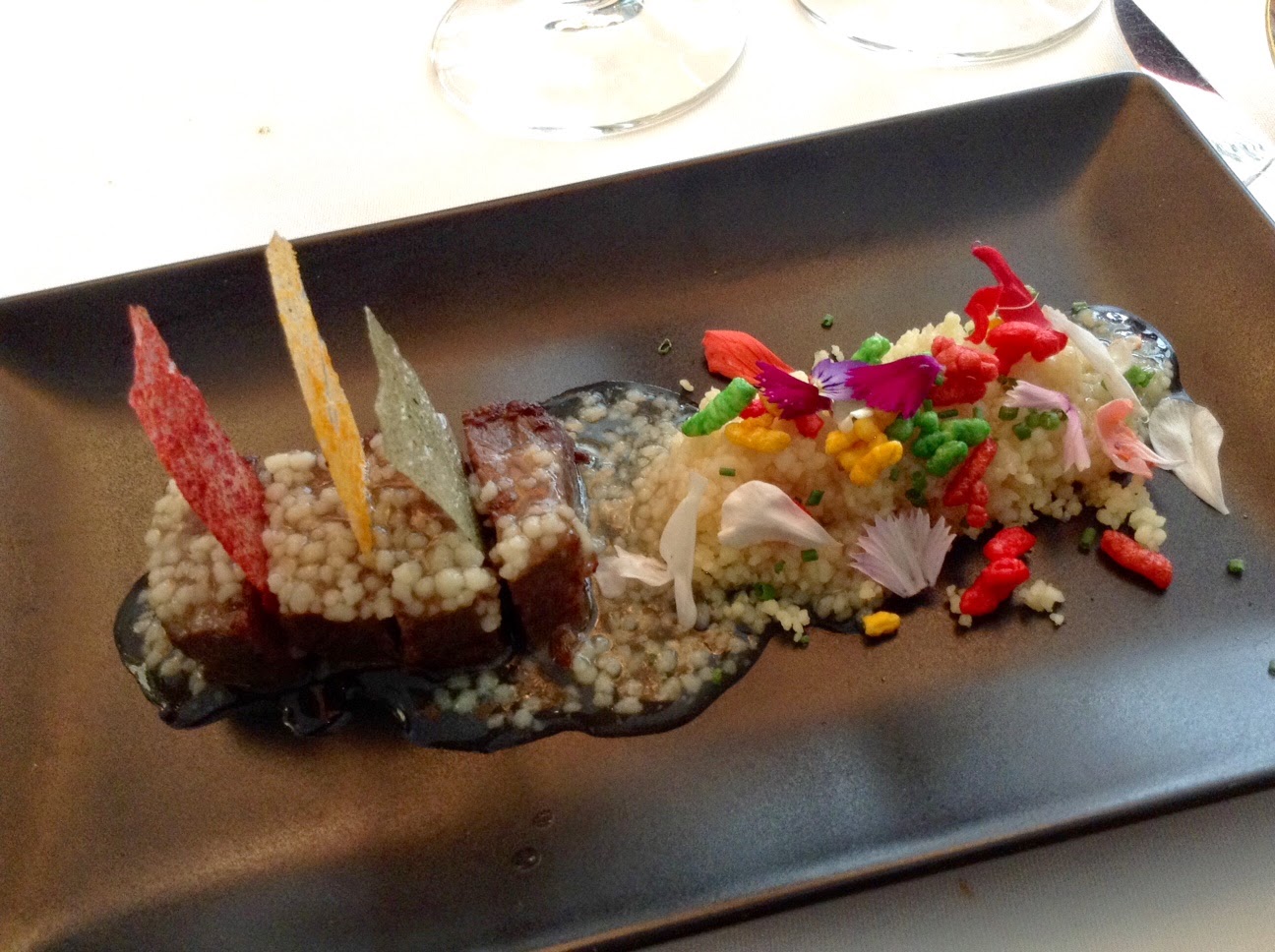 After taking several forkfuls, I still could not make out the spice per se.

But with each bite, I was transported to a land of mosques and palaces, where I imagined I saw veiled dancers in flowing robes and men with turbans gliding across the room, living their own versions of a never-ending, and never-endingly eventful Travelife. 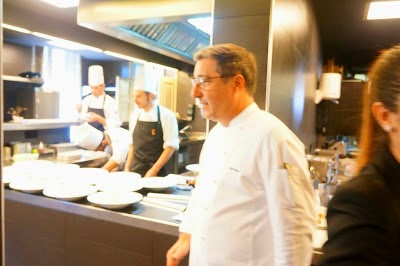